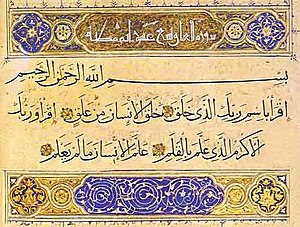 Here is an article from Biblical Missiology explaining the Common Ground/Insider Movement/Camel Method/Jesus in the Qur’an movement. No matter what name it goes by, it is highly controversial and is gaining popularity in the mission field as a way to bring Muslims, Hindus, New Agers, Buddhists, or other non-bleivers into the Kingdom of God WITHOUT having them go through the pain and persecution of converting to Christianity.

What is wrong with the Insider Movement?

Among the many approaches in ministry to Muslims the most disturbing is what has been called the Insider Movement. Those who promote this approach believe that missionaries and evangelist should not attempt to remove a convert from his or her community. In fact, Insiders do not want Muslims to convert away from Islam but rather stay within Islam. The Quran is used extensively to the extent that for instance  Common Ground recommend to their students to buy two copies of the Quran. Camel Method strongly recommend that Muslims read the Quran. One for personal study and one for use in evangelizing Muslims. The Quran has 93 references to Jesus. These are used to convince Muslims that the Quran values Jesus above all other prophets and that he died on the cross. Contextualization, the Camel Method, Common Ground among others basically share the same view of Islam, Muhammad and the Quran. Some of them like the Camel Method deny that they are insiders. In a tract named “Ruhallah” they introduce the designation: “Completed or Pakka Muslim.” If this is not Insider, what is?

The insider movement is unbiblical. This is not a comprehensive article. However, it is important to show some of the problems this fast growing movement.

1. The insider Movement holds that the gospel message is contained in the Quran. WRONG!
Common Ground and Camel Method materials hold the Quran with high regard., The leaders read into it a Christian soteriology (way of salvation) that does not exist, and interpret the Quran from a Christian perspective. The claim of results does not justify the deception in the method. While some verses in the Quran may contain a positive view of Jesus, overall the Quran denies Christ’s deity and his redemptive work on the cross.

2. Insiders start their witness with the Quran as though it has the power to transform. WRONG!
We need to begin with the Bible and preach from the pages of the Bible not the Quran. If necessary it is OK to use a verse or two here and there from the Quran as long as the Quran is not given the sacred value of the Bible. Paul on Mars Hill in Acts 17 has been used to excuse the excessive quoting of the Quran. The Apostle quoted a short piece of poetry. I am convinced, Paul would quote the Quran but not excessively. He would avoid any hint that the Quran may be “a word from God”. The Camel Method leaders have produced “Ruhalah” a tract to give to Muslims. They quote the Quran more than they do the Bible. In fact the Bible is quoted at the very end. By that time the reader is deeply entrenched in the Quran. So a reference or two to the Bible does not wipe out the mental and spiritual impact of the Quran on the readers.

3. The approach of the insiders is cognitive. If a Muslim is convinced that Jesus died on the cross, we have shared the gospel. WRONG! There are millions of nominal Christians who cognitively believe that Jesus died but that does not make them born again by the Spirit of God. The assumption that all we need to do is to get Muslims to accept Christian claims, is a major problem with the method. Recently in Morocco I shared the clear gospel of Jesus and the way of salvation with many Moroccans who were “believers.” It turned out that 17 out of 40 in one group had never understood the message even though the missionaries had explained it to them. It was a shock to the missionaries present when these 17 received Jesus as their savior for the first time. When the message is contaminated by the Quran and other competing “truths” the hearer is confused. Though he or she may go along and pray the “sinner’s prayer” the spark of the Spirit of God is missing. God wants us to present the pure message from HIS book not any other.

4. Insiders have a low view of the universality of the church. They seem to view any group that meets together as a church. WRONG!!
The church is global community that is separated from the main stream in any community. The church is called a Holy Nation (I Peter 2:9). To encourage converts to stay away from the national local church is to push them into a dark community without the support of a unique and different group they need to belong to. Jesus stressed that “there shall be one flock and one shepherd” (John 10:16.) He also prayed “that they may be one as we are one (John 17:22.)

5. Insiders have a low view of the Christian Identity. The hold that Muslims who follow Christ can retain their Muslim identity. WRONG!
To give a follower of Jesus a Muslim identity is an affront to Christ. “Muslim Background Believer”, “Muslim follower of Jesus”, or “Completed Pakka Muslim’  do not help the convert in the newness of life. In fact it encourages them to hide who they are and that is counter productive. Until converts gain a new identity they remain in the claws of the old and over time they abandon their cognitive convictions and return to the old ways. “If anyone is in Christ…” refers to belonging to a new group identified with Christ. Notice also in these among many other verses that the NAME of Jesus is our identity. “They will treat you this way because of my name…” (John 15:21) and “I will show him how much he must suffer for my name.”
(Acts 9:16)

The gospel alone has the power to save. The Quran is the enemy’s tool to deceive Muslims and cause them to think that they believe in Jesus. The fact is their Jesus is a different Jesus, one who may be a great prophet but not the only Son of the Living God. Use the Bible not the Quran to being Muslims to Salvation. This is where the power lies.

The tentacles of apostasy: No accidents here

What the Media Won’t Tell You About Islam

Choose This Day Whom You Will Serve