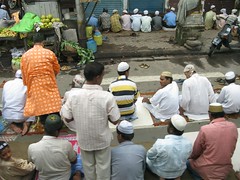 Today’s guest is Elijah Abraham, is the founder and executive director of Living Oasis Ministries. Elijah’s story began in Baghdad in 1965 when he was born to an Iraqi Shi’ite Muslim family. At the age of 15, his father sent him to the Europe because of the incredible suffering the Iraq-Iran war brought on the country. Living on his own in unfamiliar surroundings, Elijah began to explore the Christian faith, an endeavor for which he suffered physical harm at the hand of other Iraqis around him. Elijah fled to the USA in 1987, began to attend church regularly and finally accepted Christ in 1995.

Shedding truth for a lie

What is the narrow path Jesus spoke of?