Will You Be Deceived? 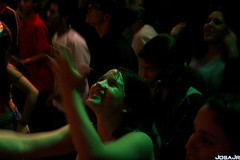 In Ecclesiastes 1:9 Solomon wrote:  “What has been will be again; what has been done will be done again; there is nothing new under the sun.”

How very true, especially when it comes to false teachings and false prophets.  The Apostle Paul continually warned new Christians about dangerous false teachings by the Judaizers and Gnostics.  Wherever the absolute truth of God is, the enemy is there to sew seeds of deception with lies and half-truths.

Jesus warned that in the final days many would be deceived by false teachers and prophets.  The delusion would be so great that even the elect might be deceived.  He asked: “When the Son of man returns, will He find faith on the earth?”

Well, while the false teaching of Chrislam may be nothing new under the sun, it is very dangerous.  Maybe I’m just too simple of a man, but what can these Christian leaders be thinking of when they seek to find common ground with a religion that denies Jesus Christ as the Son of God?   To be in agreement and spiritual communion with people who worship a false god?

I think it points to two things:  First, as we’ve discussed, we have become biblically illiterate as a church.  Too often, we look to clever writings by Christian leaders or the world, instead of immersing ourselves in the Word of God.  Second, we live at a time when everything man has built seems to be falling apart.  War and uprising in the Middle East; economic instability in the United States; decaying moral values.  We are so desperate for peace and tranquility that we will do anything to achieve it—even ignoring the Word of God.

But the Word and truth of God can not be ignored—it will have its way!  And there is nothing man can do to change what God says will happen.  The world is headed into its final days before our Lord returns to judge the wicked and save the faithful.  The titanic is sinking.  And our job is to be God’s workers to rescue as many as are willing to get off the sinking ship.

Movements like universalism, collective salvation and Chrislam want to save the world and usher in peace and harmony.  And their message is a lie—a message that says man can accomplish these things—humanism.

Our only defense against the lies and false teaching is the Word of God.  If you have not yet become a student of God’s Word, I suggest you become one immediately.  The deception of the enemy will only get stronger—and without the anchor of God’s Word and truth, we are in deep–and eternal– trouble.

The War on Christmas is the Wrong War!

The Intersection of Church and State

Mercy, Grace and Learning From Mistakes