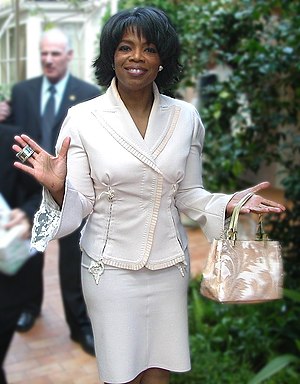 “For the time will come when men will not put up with sound doctrine.  Instead to suit their own desires, they will gather around them a great number of teachers to say what their itching ears want to hear.  They will turn their ears away from the truth and turn aside to myths.”

To me, there is little doubt that the times the Apostle Paul was talking about have arrived.  Men are seeking to define God and make him in their image.  We hear and believe what we want to believe—instead of taking God at His Word and learning the full counsel of the bible.

Now the New Age movement has been around ever since Jesus walked the earth.  There were the first century Gnostics; and then the mystic monks of the middle ages.  And then along came the New Age Movement of the 19th century led by Helena Blavatsky and Alice Bailey.

But for the first time in our history, the movement is finding mainstream acceptance in some of our churches and leaders.  Teachers like Brian McLaren and Tony Campolo, widely admired by many youth pastors, are promoting interfaith mysticism.  Deepak Chopra, a frequent darling of secular media when it wants to put its spin on spirituality, is promoted and endorsed by people like McLaren and Jim Wallis of Sojourners.

And Oprah Winfrey, who claims to be a Christian, is pushing and promoting the New Age agenda to her audience estimated at up to 70 million followers.

Make no mistake about one thing:  this New Age movement infiltrating Christianity is the “big enchilada”.  All other movements—the emergent church, social justice and Chrislam —are but tentacles of this evil monster—the quest for new age spirituality.  And it is making steady strides within many churches.  I am convinced it is the early seed of the one world religion that the antichrist will use to seduce millions.

There are watchmen and Pastors that are standing up and exposing this movement.  But still there are too many that are ignorant as to what is going on.  Our youth are falling for this great seduction and if leaders do not come to understand and refute this new age movement within Christianity, we risk losing an entire generation to Satan.

Luke 17:  “Things that cause people to sin are bound to come, but woe to that person through whom they come.  It would be better for him to be thrown into the sea with a millstone tied around his neck than for him to cause one of these little ones to sin.  So watch yourselves!”

By ignoring false teachings that are leading young Christians astray, are we those whom Jesus is talking about?  If we ignore this dangerous yeast being spread in our church, are we causing these little ones to walk away from God’s truth?  When we stand before God, ignorance will not be an excuse.  As teachers and leaders we need to speak out boldly against lies and deception, even if it makes us be seen as judgmental or close minded.  Leaders have responsibilities!  We are the sheep dogs, helping the Shepherd protect and lead the flock.  Shame on us if we let these wolves scatter and destroy some of the sheep!

Revival Begins with You and Me