What to make of The Harbinger mystery

One of the most popular and controversial books to hit the Christian market these past few months is The Harbinger, The Ancient Mystery that Holds The Secret Of America’s Future by Jonathan Cahn, a Messianic Jewish Rabbi  who we interviewed on this program twice. This perspective is my own, and doesn’t necessarily reflect our ministry as a whole:

On February 7th we were among the first to interview Cahn about his new best-seller.  As I sat down to prepare that day’s podcast post, I picked up the book and examined its contents. I hadn’t read it, but within a few seconds a red flag popped up for me on the front of the book:

“What you are about to read is presented in the form of a story, but what is contained within the story is real.”

On the back of the book, I read this:

That there exists an ancient mystery that holds the secret of America’s future?

That this mystery lies behind everything from 9/11 to the collapse of the global economy?

That ancient harbingers of judgment are now manifesting in America?

That God is sending America a prophetic message of what is yet to come?

Before its destruction as a nation, ancient Israel received nine harbingers, prophetic omens of warning. The same nine harbingers are now manifesting in America with immediate ramifications for end-time prophecy.

Hidden in an ancient biblical prophecy from Isaiah, the mysteries revealed in The Harbinger are so precise that they foretold recent American events down to the exact days. The revelations are so specific that even the most hardened skeptics will find it hard to dismiss or put down. It sounds like the plot of a Hollywood thriller with one exception… IT’S REAL.

Secrets? Hidden truths? If the book is fiction being promoted as truth, how are we to read this story?

As we were going live in 20 minutes, I decided to ask Jonathan about this directly. First we spoke off air as the introduction music was playing. I immediately found him to be kind, humble and gracious. I told him that I would like to ask him about the red flags on this secret mystery, and he said it was not Gnosticism and that he would be happy to dispel and address any concerns.  The program began, and I introduced him.

Amy:  Jonathan, the full title of the book is The Harbinger, The Ancient Mystery that Holds The Secret Of America’s Future. I know we probably have some listeners who might have a red flag of discernment or two, saying, “wait a minute, mystery secret, what’s that all about in he Bible?”

Though I didn’t care for the Gnostic-style language on the cover and the accompanying promotional material, I felt a little more at ease, and we began to dissect the story. It was a fascinating interview. The book features a character known as The Prophet who mysteriously reveals nine seals with secret messages meant to hold the secret that God wants America to repent from its sin and become a Godly nation once again. I agree with that warning, at least in the sense that we can repent and have a revival on an individual basis. I think it is unrealistic to expect an entire nation to repent (or a state or village, for that matter), for obvious reasons.
I have now read the book and watched the entire accompanying video titled, The Isaiah 9:10 Judgement. Here is the trailer:

Even after a second interview, other questions continue to nag at me and at others. Concerns like:

Others have done research on these and more that is excellent. I want to share the concerns of several other discernment ministries and writers so that you can get their perspective and make up your own mind.  Some are Bible scholars, others are pastors, and others have been born again from Gnostic or New Age backgrounds and can hear some familiar themes. I appreciate the input and the different giftings and styles of these watchmen:

Radio host Brannon Howse asked Jonathan directly about several concerns he had such as whether the book promoted Replacement Theology. Brannon thought Cahn explained these concerns well, but still had some lingering concerns about some discrepancies between what the book is reporting about prophets verses what the Bible says.  Additionally, he asks questions about whether it is a good idea to be interviewed on Glenn Beck’s show about how America needs to get back to God (but not the same god Glenn Beck follows).

Brannon explains why he believes that The Harbinger is exposing evangelicals to what they normally would not accept and questions why evangelicals and “discernment ministry” leaders that claim to be watchmen on the wall would not see the problem with The Harbinger or Cahn’s associations.

Brannon also expresses his concern that Jan Markell at WorldNetDaily has Cahn on her ministry website as speaking at her fall conference. Jan has also written that Cahn “…got stuck with unraveling a code given to him by God.” God is not giving extra-biblical revelation.  Listen here.

Like many Christians who have come out of occultic, mystical or New Age backgrounds, researcher Christine Pack found some revealing statements in the book’s pages that prompted her to investigate:

Gnosticism
There is an exchange between two of the characters in The Harbinger who are discussing a secret message from a mysterious character (“The Prophet”) in the book:

Friends, anytime you see language like this, and like the language below (also from The Harbinger)…..
■ “ancient mystery hidden for thousands of years……but now revealed”
■ a “mystery” that holds a “secret” to our future
■ “clues” needed to “unlock” a mystery
■ “messages” that need to be “unveiled”
……what you are dealing with is an ancient heresy called Gnosticism.
Gnosticism is a very old heresy that teaches that the truth has to be decoded, uncovered, unlocked, unveiled, discovered.
Secret Knowledge = Gnosticism
Gnosticism is a heresy because, according to God, we are given all that we need for life and godliness (2 Peter 1:3) in God’s word. We don’t need to decode secret mysteries, unravel sealed up messages, decipher clues, or pull back the veil on hidden things. All that we need, all that God wants us to know, is contained in the Bible. Now, I will grant that in the New Testament, Paul does talk about the mystery of Gentiles and Jews being united together in a common church and common faith (something that could have scarcely been imagined in Old Testament times). There is also the mystery of Jesus Christ, who was dimly glimpsed through types and shadows in the Old Testament, but Who was gloriously revealed in his fullness as our Savior in the New Testament. But these are mysteries which are laid open for all to see and know and understand and respond to, and not clues on a Mysterious Journey to Somewhere (which is really the more western understanding of the word “mystery”).

“I have not spoken in secret, from somewhere in a land of darkness; I have not said to Jacob’s descendants, ‘Seek me in vain.’ I, the LORD, speak the truth; I declare what is right.”(Isaiah 45:19)

As a former Gnostic, I found great comfort as a born again Christian in understanding that all that God truly wants me to know He has plainly revealed in his Word. I spent more than a decade of my life as a New Ager/Gnostic going from teaching to teaching to teaching. I lost track of how many conferences I went to, books I purchased, teachers and gurus that I sought out, all in an effort to find truth. My quest for truth was sincere, but truth proved to be surprisingly elusive to attain. By the time God saved me, I was weary. I was worn out. I didn’t have it in me to go after One More Thing. All I could think of at the end was that I wanted rest, just a little bit of rest, from all my fruitless searching. The Lord, in his infinite mercy, gave me rest by rescuing me out of the mire of man-made wisdom and giving me the elegant simplicity of his Word. There is such a lovely purity and clarity in knowing that I can rest securely in the knowledge that all that God wants me to know I can find in the Bible.

Ken Silva shares some good points and links to questions and concerns many Christians are voicing, including a review from Dr. Gary Gilley, as well as one from David James about some biblical discrepancies and serious flaws on prophetic matters. Then Ken asks what I think is an important question.

“This brings me to the critical issue I spoke of earlier: Is Jonathan Cahn trying to have his cake and eat it too? In other words, is The Harbinger really prophesy or is it fiction? He cannot have it both ways, which it appears to me he is trying to do.  Allowing himself to be portrayed a prophet but leaving an escape hatch open by also claiming fiction.”

While Rabbi Cahn never claims to be a prophet, many others are doing so. Pat Robertson have pronounced the book a “prophetic word.” Does this mean it is a Thus Sayeth The Lord binding word?

Here are many other articles, some in favor of and some with additional concerns about The Harbinger. I encourage you to research these, respect where the authors come from and consider whether Christians are getting more than the message that everyone is in complete agreement with: That America is indeed in serious trouble, and needs a course correction. 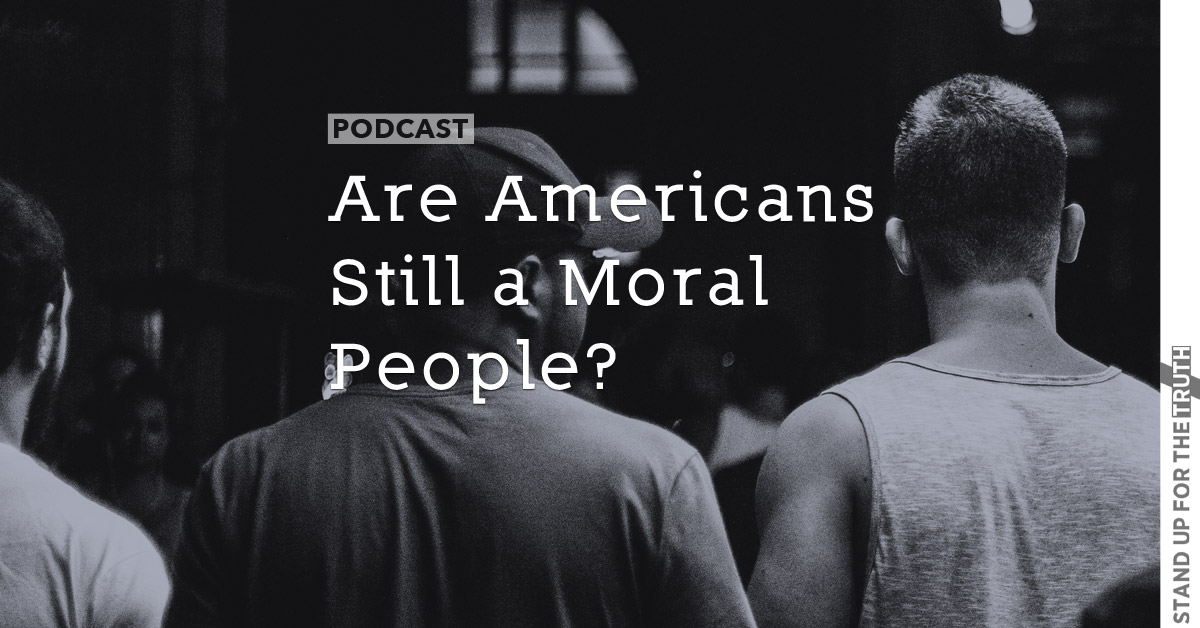 Are Americans Still a Moral People? 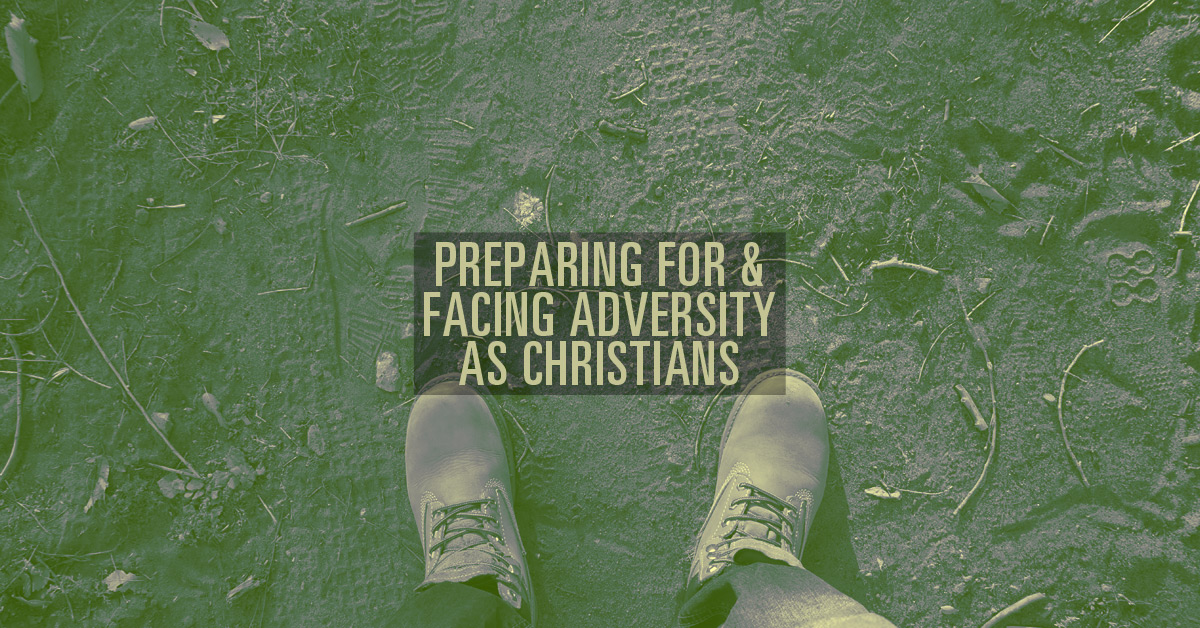 Preparing for and Facing Adversity as Christians