In Illinois, parents are outraged to learn that their children are getting raunchy films as required viewing in their high school film class. Christian Post has the story of the Family Institute protesting the use of the films “Brokeback Mountain” and “American Beauty” to teach students about film. 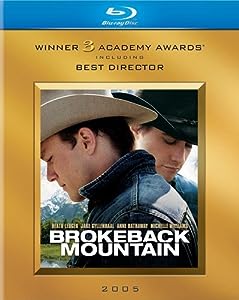 The Christian group argues that the films that Hinsdale South High School English teacher Kristin Wimsatt is showing in her senior elective “Film as Lit” class feature “offensive images” of immoral sexuality and violence.
“Has she, her colleagues, or her department chair discussed whether viewing and discussing scenes of nudity, masturbation, sodomy, and adultery might desensitize students to such images or efface natural and good feelings of modesty? Did they discuss whether the school-sanctioned showing of films that use egregiously obscene language might undermine school policies that prohibit the use of such language? It’s both absurd and dishonest to imply that words and images have no effect on the hearts and minds viewers,” the institute said in a statement Tuesday.
According to the institute, Wimsatt justifies showing “Brokeback Mountain” – which won three Academy Awards – by saying the primary objective is to evaluate the film from the perspective of the text as an adaptation. The 2005 film is adapted from the 1997 short story of the same name by Annie Proulx.
“The sexual element, while provocative, is tasteful. Naturally, we will discuss the standard literary elements of plot, theme, symbolism, etc., but again, the primary focus is on how the film holds up to (or surpasses) the original script,” the teacher says.
“I have often contended that when students consume films of a more graphic nature in a safe and structured classroom environment, they have an opportunity to process the content in a more thoughtful way, as opposed to a point in his life when he is more likely to watch it alone or with friends and not be able to have mature conversations about it.”

The Illinois Family Institute is calling on its supporters to express their opposition to the class materials by contacting the school superintendent and members of the local board of education.
It argues that literature and film teachers can “find ‘reasons’ to justify selecting virtually any film, play, novel, or essay they want to teach.”
“After all, what text can be found that has no theme, no plot, no characterization, no dialogue, no setting, no symbols, and no figurative language?” the group said.
The group’s specific concern regarding “Brokeback Mountain” is that it moves the audience “non-rationally to embrace a subversive and – dare I say – immoral sexual ethic,” said IFI Cultural Analyst Laurie Higgins.
“One of the serious problems with this film is that it powerfully depicts a homosexual relationship as a good thing. It uses the immense persuasive force of narrative and imagery to depict that which is perverse as good.”
As for “American Beauty,” the 1999 film that won five Academy Awards, the family institute believes it might cultivate “dark and prurient thoughts in viewers.”
“Might the sexual imagery be sexually arousing to some of Wimsatt’s students? Might the depiction of the neighbor reinforce the stereotype of conservatives as vicious hatemongers? Are subsequent classroom discussions sufficient to mitigate the damage done by the powerful narrative and images?”
The family institute wants supporters to speak up now to have the teacher replace the films with ones that will challenge students “intellectually” and respect the values of all students and parents.
“If we do nothing, the texts chosen by public teachers only get worse.”
Wimsatt has offered an alternative if parents disapprove of their children watching the films in class.