The State of the Church in America 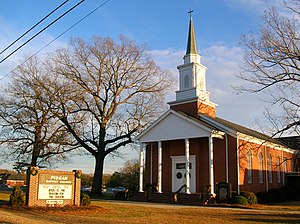 Sometimes we have a hard time understanding what we mean when we say church. To some, it is an institution that has been put in place for their personal benefit. To others, it is a place to visit, to be religious on Christmas and Easter, before attending family gatherings and celebrations. Still others use the church as a crutch for whatever ails them.

The church in America has become somewhat impotent, yet the reasons for such a slippage into meaninglessness seem to be a mystery. To most, church attendance is not that important, and we have made it legalistic to be required to attend. In fact, a football game, a late night party, or a summer cottage can take the place of going to church, and we have no guilt, shame, or remorse for our actions.

Others might see the problem as belonging to the church in that it has become irrelevant, out of touch, or a waste of time. Some see a leaderless democracy that yielded to the loudest voice, while others have issues with music, worship, programs, and lighting.

Perhaps the problem lies in society where we have now gotten so used to multiple voices and inputs that the church has become just another voice, another input.

If we view the church as a body, the body of Christ, and not a structure, it is a group of individuals. (This is not to say that we do not need structure, as we do.)  These individuals are entrusted with the Great Commission, and Satan is doing battle against them today. This group of individuals is light in darkness, salt in a decaying world, and hope to the hopeless. In the process of life, they get beat up and trampled on by the forces of evil, and often need to escape in order to renew their strength, purpose, and power though something we call “fellowship.” This fellowship is sweet and a place that soldiers, real soldiers, would not give up for a football game, a party, or a cabin in the woods. This fellowship is so important that they would rather die than live without it, They would rather fight than quit, and they would rearrange their lives to see it happen.

Perhaps that is problem number one in the church. Perhaps, in its attempt to reach the lost, control the government, and clean the environment, they have lost focus on the idea of being a resalination plant. Perhaps the church has become about those who cannot have true fellowship, and has thereby lost its importance. Perhaps the church has lost the idea of being salt and light, and now works at blending light and darkness, giving it a strange hue of grey that makes people more depressed than excited.

Maybe there is just a lack of leadership in the church today. Since most churches seem to be for the people, by the people, and of the people, the leadership is often hamstrung in its effort to lead. There needs to be endless committees, endless discussions, and political efforts put forth, rather than having leadership that has spent their time on their knees and who are ready to teach, lead, and challenge the real body to take on the world in which they live.

It could be that the church has just messed up the basics. In 2 Timothy 4, young Timothy is told to preach the Word. Then he is told to reprove, rebuke, and exhort with patience. It seems to be clear that this would be a good thing for the modern pastors to embrace. Some certainly preach the Word, but do it is a haphazard way. Some only reprove, some only rebuke, and some only exhort. Few seem to do all three, which is evident by the fact that  57% of those who say they are born again Evangelicals think that there is more than one way to heaven. (There is not….John 14:6.)

Maybe the church is in its current state because the church has begun to trust the gift rather than the giver, or has manipulated its people to reward the rich and powerful with positions of power and authority, because they are rich and powerful. Maybe we have lost the idea of the institution holding people accountable, to being a shepherd of the sheep, and a watchman on the wall.

Perhaps, due to the plethora of words in our culture, the church has just added to the pile and the abundance and has caused them all to be somewhat irrelevant because they all come from the same power base–our self, and our understanding, and our personal benefit.

Whatever the reason, the church today is not what it could be, and does not seem to be desiring to be all it could be. The answer lies in individuals who walk intimately with God and begin to identify those around them doing the same, and who begin to regularly meet in order to hear the Word, reprove, rebuke, and exhort each other.  Perhaps we need the leadership in the church to lead and to quit worrying about the political fallout. Perhaps we need to make the church about God again, and not about us.

The church, the real church, is the bride of Christ, not a brick and mortar structure. It is important to Him. It should be important to us, so if it is not, we need to take time to figure out why, and to start to readjust our lives to reflect what is really important.

Rod Dreher, in the Dallas Morning News, wrote the following: “But it should be remembered that a religion that makes no demands on people other than that they follow their bliss and be nice to everybody else is a religion that has no power to change minds and hearts. It will not inspire people to heroic deeds of self-sacrifice for the greater good, nor is it likely to endure.”

Maybe it is time to have a new reformation. Maybe it starts with me.

Denominations and the winds of change