Mosque: The day after 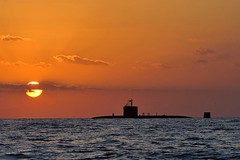 Last week we told you about an open house event a local mosque was holding in Green Bay, right in our backyard. As you know Mike had been praying about whether to attend or not, and many of you weighed in about that, and prayed for Mike as he made the decision to go, and ask the local imam (Muslim religious leader) some questions. Some of our local listeners went along, and we’re going to tell you what happened in the second segment.
But first we’re going to turn our attention to the Middle East, and if you haven’t been paying attention to the news, you’re going to want to listen up.

For Christians, it has never been more important to study what is happening in the Middle East than right now.  We want to go beyond the headlines and beyond speculation about tonight’s presidential debate on foreign policy. Many scholars are asking, is biblical prophecy being fulfilled before our eyes? Experts believe there is going to be war in the Middle East, and it is just a matter of time until it happens. Iran has gone “all-in” on developing a nuclear program and it has become a matter of national pride at this point. Israel has said it can ever allow Iran to develop the capability to build nuclear weapons.
And now it has become clear that the United States could be a major player in all of this, depending on who wins the November election.
Today we’re joined by guest David Dolan, an American author and journalist who has lived and worked in Israel since 1980. David has worked for Voice of Hope radio in war-torn southern Lebanon, as well as CBS radio. Davis also writes a regular opinion column for World Net Daily. He was also just up in the Appleton, Wisc., area a few weeks ago for the Great Lakes Prophecy Conference at Calvary Chapel.
His books include HOLY WAR FOR THE PROMISED LAND,  ISRAEL IN CRISIS:WHAT LIES AHEAD?  and his latest, MILLENNIUM: THE LORD REIGNS
.