The influence of Rachel Held Evans

Are you familiar with Rachel Held Evans? She writes an uber-popular blog, and many of her articles are adored and shared by Christian women everywhere. Sadly, even women in Christian leadership don’t see the harm in sharing cool reads from a woman who no longer believes the Bible is true, who supports gay marriage and homosexual pastors, and who doesn’t believe Jesus is the only way.

Her star is rising, and soon her books and emergent worldview are now softly and sweetly infecting women’s ministries across the nation.  Christianity Today has named her among the 50 Women You Should Know: Christian women who are “most profoundly shaping the evangelical church and North American society.” (Joyce Meyer and Beth Moore also made the list).

Her new book, A Year of Biblical Womanhood: How a Liberated Woman Found Herself Sitting on Her Roof, Covering Her Head, and Calling Her Husband “Master” is getting a ton of media coverage from HuffPo to NBC, especially because it encapsulates RHE’s one-year journey conforming her life to all of the Bible instructions. Here she is sharing her experience under the Law this morning on NBC Today:

It should be noted that LifeWay, the largest Christian retailer in the country, has decided not to carry it. Is it because she uses the word “vagina,” or because she is female? LifeWay won’t say specifically, but I imagine it is because of the way she handles (i.e., picks and chooses) Scripture.

I am sharing this article by Denny Burke. The full report is in response to the video above, and it is an excellent review of what Rachel Held Evans believes and writes about. I was especially interested in this section:

Redefinition of “evangelical.” Both Natalie Morales and the author identify Evans as an evangelical. I have already written about this elsewhere at length, but I will reiterate here. Evans definition of evangelical misses the mark on a number of points. Evans denies the inerrancy of scripture and says that “as a woman I have been nursing a secret grudge against the apostle Paul for about eight years.”

As a young adult, she says that she stopped believing in the “Bible’s exclusive authority, inerrancy, perspicuity, and internal consistency.” She came to the conclusion that “the Bible wasn’t what I’d once believed it to be.” Evans has also pressed the case for inclusivism—the view that says people need not have conscious faith in Jesus Christ in order to be saved—and she rejects exclusivism. In a recent post, she defines the gospel without reference to the death and resurrection of Jesus and adopts the reductionism of counterimperial interpreters who say that the “good news” is “Jesus is Lord and Caesar is not.” She supports gay marriage, and she has served communion to practicing homosexuals. We could go on, but that is enough to make it clear that her definition of “evangelical” is strained at best. At worse, it’s not anything close to approaching evangelical. She is not a representative of evangelical faith, despite the assumptions of the reporters at the Today Show. 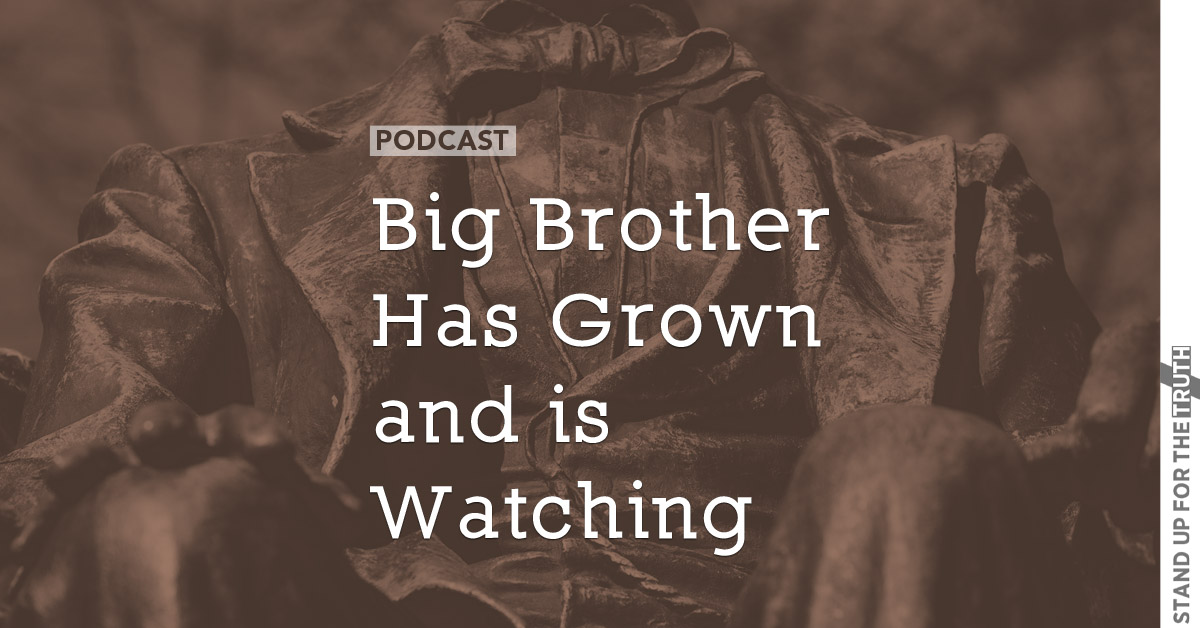 Big Brother Has Grown – and is Watching

Maybe you should take a walk!

Addressing the Growth of Islam