The Huffington Post is carrying a post-election article that is being shared widely on progressive Christian sites.

It is clear that our decades of irrelevancy are over now. The last election showed the decline of the Religious Right’s power. Not only that, but the mute button is off. We can begin to hear progressive Christian voices, whether they come from those who grew up Evangelical and are now rejecting the views of their youth or they have been working for justice all along. And we can now claim that our work has been hard, but it has not been in vain.  (READ MORE)

The rest of the article makes it clear that only progressive Christians care about the poor, or women, or babies, or science, or the earth.

The Huffpo author, Presbyterian Pastor Carol Howard Merritt, might ring a familiar chord to our Stand Up For The Truth audience locally. An outspoken proponent of gay marriage and gay/transgender lifestyles for Christians, Carol came to Manitowoc, Wis., last year as a keynote speaker at a weekend conference that also featured popular Christian band, Big Daddy Weave, and we reported this.  We didn’t tell people to boycott the concert (we like BDW, after all!), but we did warn parents that Carol’s books and materials would be displayed and that they might want to be aware if they were sending their teens to the event.

It was the first and only time we ever named a local church in our area. The fact that we did this touched off a firestorm of discussion locally, and inspired several podcasts including an interview we did with BDW’s opening band, who decided to pull out of their performance after hearing our report.

Wealth, pride and betting on the wrong horse 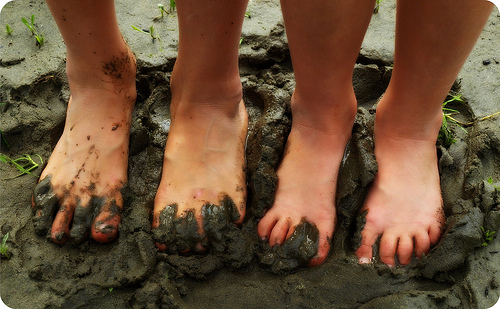 Getting harder to stand firm for truth?