Who does Jesus think He is?

John 5:17,18 – “My Father has been working until now, and I have been working.” Therefore the Jews sought to kill Him, because He not only broke the Sabbath, but also said that God was His Father, making Himself equal with God. 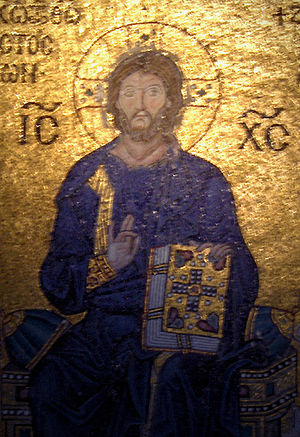 If we’re not telling the world who Jesus is, are we really living?  How do we say we are Christian and not let it affect our choices? In a world that does not know real Truth and real Love, we may now have the most opportune time to stand up and be a light in a very dark place.
Joining us today is Dave Wager, the author of several books and the  president of Silver Birch Ranch and Nicolet Bible College in northern Wisconsin. Dave is also the president of a ministry called The Omega Force, a catalyst that helps Christians learn the Word of God through college-level courses that anyone can take online.

Here are some more verses about who Jesus said He is:
John 1:1 – In the beginning was the Word, and the Word was with God, and the Word was God… 1:14 – And the Word became flesh and dwelt among us,
John 5:17,18 – “My Father has been working until now, and I have been working.” Therefore the Jews sought to kill Him, because He not only broke the Sabbath, but also said that God was His Father, making Himself equal with God.
John 5:23 – that all should honor the Son just as they honor the Father. He who does not honor the Son does not honor the Father who sent Him.
John 8:24 – “Therefore I said to you that you will die in your sins; for if you do not believe that I AM He, you will die in your sins.”
John 8:58 – Then Jesus said to them, “Most assuredly, I say to you, before Abraham was, I AM.”
John 10:30-33 – Jesus answered them, “I and My Father are one.” Then the Jews took up stones again to stone Him. Jesus answered them, “Many good works I have shown you from My Father. For which of those works do you stone Me?” The Jews answered Him, saying, “For a good work we do not stone You, but for blasphemy, and because You, being a Man, make Yourself God.”
John 14:6-7 – Jesus said to him, “I AM the way, the truth, and the Life. No one comes to the Father except through Me.”
John 14:9-11 – Jesus said to him, “Have I been with you so long and yet you have not known Me, Philip? He who has seen Me has seen the Father; so how can you say, ‘Show us the Father’?”
John 20:28 – And Thomas answered and said to Him, “My Lord and my God!”
Acts 4:12 – “Nor is there salvation in any other, for there is no other name under heaven given among men by which we must be saved.”
Acts 20:28 – (God purchased us with His own blood)
Revelation 1:5,6; Revelation 5:8-9 – (Jesus’ blood purchased us)
Philippians 2:5-7 – Let this mind be in you which was also in Christ Jesus, who, being in the form of God, did not consider it robbery to be equal with God, but made Himself of no reputation, taking the form of a bond-servant, and coming in the likeness of men.
1 Timothy 3:16 – And without controversy great is the mystery of godliness: God was manifested in the flesh, Justified in the Spirit, Seen by angels, Preached among the Gentiles, Believed on in the world, Received up in glory.
Titus 2:13 – looking for the blessed hope and glorious appearing of our great God and Savior Jesus Christ
Hebrews 1:8,9 – But to the Son He (God) says: “Your throne, O God, is forever and ever; A scepter of righteousness is the scepter of Your kingdom. You have loved righteousness and hated lawlessness; Therefore God, Your God, has anointed You with the oil of gladness more than Your companions.”
2 John 1:7 – For many deceivers have gone out into the world who do not confess Jesus Christ as coming in the flesh. This is a deceiver and an antichrist.
Revelation 1:8 – “I am the Alpha and the Omega, the Beginning and the End,” says the Lord, “who is and who was and who is to come, the Almighty.”
Revelation 22:13 – “I AM the Alpha and the Omega, the Beginning and the End, the First and the Last.”… 22:16 – “I, Jesus, have sent My angel to testify to you these things in the churches.”