Can God change His mind? 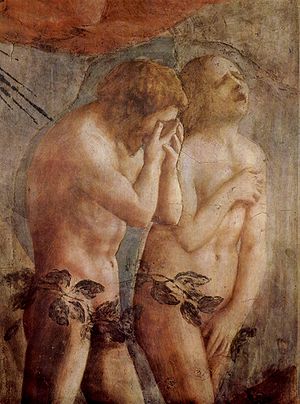 If God knows all, and our prayers are heard, has God ever done a 180° turn from His original intent? Over at Christian Apologetics Research Ministry (CARM) Matt Slick answers the question: Can God change His mind?

No, God does not change his mind – not in an eternal sense. However, we do see verses in the Bible that imply he does – in a temporal sense. We have to understand that God has revealed himself to us in what we call anthropomorphic revelation. This means that he has lowered himself to our level and speaks to us in a manner that is consistent with our understanding. Consider how God walked with Adam and Eve in the garden. God, who is the infinite being, who encompasses the entire universe, became like us so that we could communicate with him.
After Adam and Eve sinned in the garden and hid themselves, God said, “Adam, where are you?” (Gen. 3:9). Should we conclude that God who knows everything didn’t know where Adam was? Of course not. He was asking not just about Adam’s location, but also about his spiritual condition. This illustrates that at the very beginning of God’s communication with us, he spoke in a manner that relates to us in our time frame, from our perspective. That is why God, in the Garden, went looking for Adam – because he was working from our perspective.
We know that God has, from all eternity, ordained whatsoever shall come to pass because he works all things after the counsel of his will (Ephesians 1:11). However, when he deals with us we see verses that say he changes his mind. Let’s take a look.

The fact is that God knows all things (1 John 3:20) and he has known it all forever. To say that God would actually change his mind would imply that God, who is supposed to have known all things forever, decided to act in a manner that was different from what he has always known he would do. He would have known that he was going to change his mind, which means he isn’t changing his mind because he knew he was going to do it. So, how is he really changing his mind if he decided to do something all along that only appears (to us) that he changed his mind?
Consider how God would sometimes pronounce judgment on nations, saying he was going to destroy them; and sometimes those nations would repent. God then relented from judging them. In other words, he changed his mind and didn’t judge them even though he said he would. Are we to say that God didn’t know from all eternity that they would repent? Of course he knew. How do we know that he didn’t say he would destroy them to get them to repent, which was all according to his plan? Furthermore, God holding back his judgment is consistent with what he already said elsewhere:
“If that nation against which I have spoken turns from its evil, I will relent concerning the calamity I planned to bring on it,” (Jer. 18:8).
So, what we’re seeing is God changing his mind from our perspective, but from the eternal perspective he never did. He’s not surprised by our choices, and he does not have to adapt to our mistakes or our plans. He works all things after the counsel of his will, and he does so eternally.