Co-existing with the culture 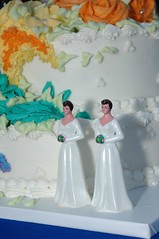 In an age when our culture and when other religions are increasingly calling for tolerance and change, how does the Church respond?  Are we to re-brand ourselves and hope that relaxing in some areas will present a kinder Christianity?  Today we’re covering a number of stories and we’re asking for your input on this idea of co-existing with the world.
You’re going to hear the latest on a national Muslim conference this week being held at a church in California. And we’re also going to talk about a decision over the weekend by the U.S. Supreme Court to hear two different cases involving same-sex marriage.
Some background:
Thirty-one of the 50 states have banned same sex union including California where four years ago voters approved what is widely known as Proposition 8.

The Supreme Court agreed on Friday to take up the ban in California and a separate dispute about federal benefits for legally married gay couples.
Despite protests public opinion is shifting. Earlier this year President Obama became the first U.S president to say he believed same-sex couples should be allowed to marry.  We’re going to talk about one pro-marriage pastor who says he is “delighted” that the high court will  be taking up these cases. Here is the Christian Post story we are referencing today.

A little later we will share a story we first told you about on Friday about a Christian church in California has decided to move forward with hosting a huge convention of the Muslim Public Affairs Council next week — the first time the organization has conducted a national convention at a Christian church. The announcement by All Saints Church in Pasadena prompted what the pastor calls a “slew of hate mail.” None of it was threatening, and authorities put the number of letters and emails at “dozens.” No one is publishing any of the emails, so we don’t know what they say.  We don’t know if what the church describes as vile “hate” was actually concern about Chrislam, the blending of Christianity and Islam.)  In fact the pastor was actually surprised by the response.
Here is what the Muslim conference organizers have to say about All Saints on it’s conference brochure:

All Saints Church is a symbol of ideal religious coexistence and pluralism in America.
This year’s convention promises to bring our communities together to discuss the important issues we face today involving religious pluralism, violence and bigotry. The future of our country is dependent on work with both the interfaith and civic leaders, now more than ever.