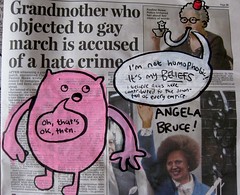 A Q&A from the Family Research Council: