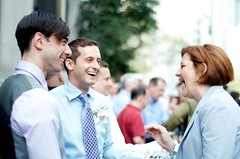 Next step, pastors in churches? That’s been my prediction all along. This issue is NOT about bigotry or hatred for those trapped in sexual sin; it’s about what happens to the Church when God’s Word is ripped to shreds. Persecution is right around the corner. Do you hear its footsteps?
Story reprinted from LifeSite News:

BANGOR, December 14, 2012, (LifeSiteNews.com) – In the state of Maine, any notary public who performs marriages may not refuse to perform a same-sex “marriage” for any reason, upon pain of being charged with a human rights violation, according to Maine’s secretary of state.
After legalizing same-sex “marriage” in November, Maine in now notifying notaries public who wed heterosexual couples they must provide the same services to homosexuals as of December 29. Secretary of State Charles Summers Jr. made the comment in response to an e-mail query.
There are approximately 25,000 notaries public in the state, licensed by the bureau of corporations, elections , and commissions.
They may choose not to perform weddings, but they may not wed only heterosexuals, regardless of their religious objections. Under Maine’s human rights ordinance, refusal is considered a human rights violation.
This does not violate their religious liberty, according to David Farmer, the spokesman for Mainers United for Marriage, the organization that led efforts to pass the referendum.
“They are required to perform their duties as actors of the state,” Farmer told the Bangor Daily News.  “They can decide to not do weddings for any reason.”
Carroll Conley of the Maine Christian Civic League said there are pastors in the state who are also notaries public and wonders if someone may blur the line when claiming discrimination.
Conley knows some more outspoken pastors are considering advertising themselves as notaries who will not perform same-sex marriages.  They will doubtless come under fire, but they will not compromise their convictions.
The Alliance Defending Freedom has made itself available to any notaries public in Maine who seek their help.  Conley says, “we are so thankful for organizations such as the Alliance Defending Freedom because the other side works through intimidation.”
Contact:
Alliance Defending Freedom
15100 N. 90th Street
Scottsdale, AZ 85260
Toll-free: 800-835-5233
Online contact form.