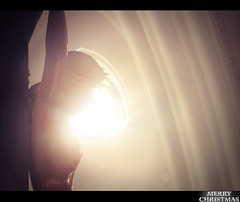 As of late I have been challenged by the whole of Jesus, as He presents Himself in the Bible. Many Christians and non-Christians alike describe Him as meek and mild; as a peacemaker ever-at-odds with an angry Father.  But the truth is, Jesus is God, and is very clear about who He is.
It’s a lot easier to think of Him only as all-gentle and ever humble. But He is also holy, righteous, patient and much more.  When describing who He is, we must also come to understand who He is not. Take a look at T.A. McMahon’s Berean Call series on Jesus Gets Tough, Parts I and II, and consider what God Himself says He is through His Scriptures:

Jesus Gets Tough: Part One 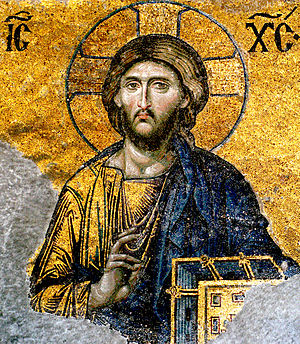 The church at Ephesus had many standout qualities: good works, perseverance, and critical discernment regarding doctrine and leadership. Even so, Jesus takes the fellowship to task regarding a very important issue: “Nevertheless I have somewhat against thee, because thou hath left thy first love” (Revelation:2:4). We are not told exactly how the believers came to lose their “first love,” but we can get an idea from Scripture. Their good works, which should have been a byproduct that grew out of their love for Jesus, very likely took precedence over the relationship the Ephesian believers had with Him. The Apostle Paul’s admonition to the Galatians seems applicable here: “Are ye so foolish? having begun in the Spirit, are ye now made perfect by the flesh?” (Galatians:3:3). A believer’s love of the Lord  must  be central to whatever he does. When that begins to slip, what follows is an automatic slide into efforts generated and accommodated by the flesh. To whatever degree the flesh has its way, to that degree God’s grace is displaced. Our works need to be “Not by might, nor by power, but by my Spirit, saith the Lord of hosts” (Zechariah:4:6).
There’s little doubt that the church in our day would be even more prone than the Ephesians were to displace their love for the Lord, considering that we have been so influenced by the “self” teachings that have entered the church: self-esteem, self-love, self-worth, self-image, self-confidence, and on and on to self- ad nauseam . Furthermore, a preoccupation with self makes it difficult to recognize and receive a stern correction. We’ll see that clearly when we consider the church of Laodicea.
The common refrain is “You can’t mean me!” because most of us have been conditioned to think more highly of ourselves than we ought (Romans:12:3). Moreover, many Christians are of the opinion that Jesus surely wouldn’t say or do anything to lower a believer’s self-esteem. That’s the Jesus of psychobabble and so-called Christian psychology, who is a false Christ fashioned by fleshly men. This is the Jesus whom the world loves, who is all about accommodating mankind, and who certainly doesn’t square with His Word. He is especially foreign to the chapters of Revelation that we are presently considering.
The consequence for the Ephesians, who were drifting away from their “first love” and who failed to repent of having abandoned their focus on the Lord, would be the removal of their “candlestick”: “Remember therefore from whence thou art fallen, and repent, and do the first works; or else I will come unto thee quickly, and will remove thy candlestick out of his place, except thou repent” (Revelation:2:5). There is no deep secret in the symbolism of the candlestick. It represents quite simply the light of Christ, who is the “Light of the World,” i.e., the Word. The only way for one’s love for Christ to increase is for believers to grow in their personal relationship with Him by the  continual reading and living out  what the Word of God teaches.
Without that discipline, the love of Christ, who is “a lamp unto my feet, and a light unto my path,” will inevitably wax cold. And as that light dims, it follows that a believer will have no basis for biblical discernment and will therefore cease to produce any spiritual fruit. Notice that Jesus said, “ I will  come quickly, and will remove thy candlestick….” One of the points I want to emphasize here is the fact that it is  Jesus himself  who is correcting His church. He is the one “getting tough” here.
There has been a tendency throughout church history that continues today to deal with biblical correction when it is presented by “shooting the messenger” rather than heeding the message and repenting. Although the messages have been true to the Scriptures, a common ploy in rejecting the message has been to dodge the convicting biblical subject by diverting attention to God’s less-than-perfect messengers, who thus become vulnerable targets. But that’s not the case with the Messenger to the churches in the Book of Revelation. Both He and His message are perfect and cannot be subverted. Furthermore, Christ’s strict admonitions have never been more needful for His church to heed and make the necessary corrections than they are today, in this time of great spiritual delusion and rampant apostasy to which His bride finds herself more and more susceptible.
As this series continues through chapters 2 and 3 of Revelation, many will have to come to grips with a characteristic of Jesus of which they may not have been aware—but it is imperative that we all know Him and love Him as He is in truth.