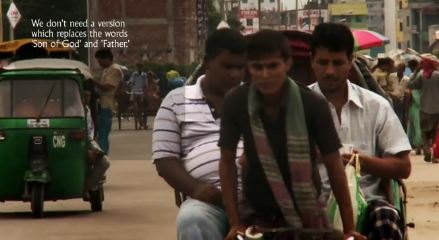 For years, so-called “Insider Movement” groups have promoted the idea that it is not necessary for people in other faiths to convert to Christianity. In fact, they believe conversion isn’t necessary at all, because they say that Jesus didn’t come to start a “religion.” (It’s the same language used by Brian McLaren, Shane Hipps and other Emergent Church leaders.) Insider Movement proponents have been using extremely questionable methods of reaching the lost, especially in the Muslim mission field.  Now those ideas are gaining ground in the West, thanks to major publications like Christianity today that are promoting these controversial methods. Christianity Today’s January issue is dedicated to this Insider Movement theme, with articles like The Hidden History of Insider Movements, Worshiping Jesus in the Mosque, and Why Evangelicals Should Be Thankful for Muslim Insiders.  This breeding of confusion may well lead to other Christian leaders warming up to these methodologies, and this isn’t sitting well at all with our guest today, Elijah Abraham. We interviewed Elijah this week for an article we published titled Worshiping Jesus in the Mosque: A response, and Elijah is here to talk about it.

Elijah is a born-again Christian who was raised a Muslim believer in Iraq, and today is the founder and executive director of Living Oasis Ministries, reaching Muslims with the Gospel. Abraham is part of Biblical Missiology,Wycliffe came under heavy criticism when Biblical Missiology created an online petition alleging that the translation group had eliminated familial terms describing God and Jesus as “Father” and “Son,” using instead words like “guardian,” so as not to offend Muslim readers. One Arabic version of the Gospel of Matthew changes Matthew 28:19 from this: “baptizing them in the name of the Father and the Son and the Holy Spirit,” to this: “cleanse them by water in the name of Allah, his Messiah and his Holy Spirit.”
A Christian Post article yesterday titled Wycliffe Bible Translators Move Past Divine Familial Controversy, Wait for Review, reported that Wycliff’s translation practices are now under review by World Evangelical Alliance. The alliance has a panel of 13 members from different denominations and continents who met in November and will meet again in April for a final time.