Keeping the door open for the Gospel 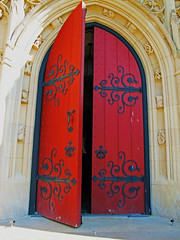 Today we continue our look at how we, as a Church, are commissioned to share the Gospel wherever we are and wherever we go. In a culture that is growing increasingly hostile toward God and toward Christians in many cases, many predict there will be a time in the not-so-distant future where Christians will not be able to freely live out their faith or share the life-giving Hope of our Savior.
Joining us in our first segment is Matt Bowman, of Alliance Defending Freedom (Formerly called “Alliance Defense Fund”), is here to explain how the number of discrimination cases against Christians is skyrocketing.

Here is how the Church is being silenced across America.