The Dangerous Time of False Unity 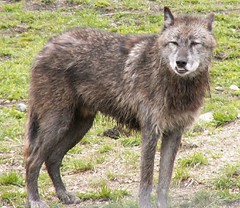 When you blend two or three ingredients together, can you ever un-blend them?  We’ve been reporting this week about the false unity that is changing the face of Christianity as we know it.

“The leaven of the Church Growth Movement has now virtually penetrated all of professing Christendom bringing about cries of “peace, peace,” and turning the the mission of the church into bringing about God’s supposed dream that all unite and make the world a better place.”  -Christian Research Network

But we know from Scripture that this falling away from the faith is anything but a good thing.
Sharing a thought-provoking article from pastor and teacher Ken Silva over at Apprising Ministries, reprinted with permission:
The times we are living in are dangerous for the true members of the Body of Christ as we near the end of this age of God’s grace. Before us is the shiny lure of the seeker sensitive Church Growth Movement, with its so-called Purpose Driven life, and the corrupt Contemplative Spirituality/Mysticism introduced through the postmodern liberal cult of the Emerging Church converging upon the ecumenical road that leads right back to the apostate Roman Catholic Church.
The discerning Christian had best get back to a prayerful study of God’s infallible and inerrant Word found only in the Bible; for the time has arrived when we must heed the warning of the Spirit to go out from their midst, and be separate from them (2 Corinthians 6:17). Apprising Ministries is all about allowing Jesus to be Lord of this little work that He has raised up.
After all, we must always remember this is not about us; for it was Christ Jesus Who told us — And I, when I am lifted up from the earth, will draw all people to myself” (John 12:32). As His Christians we needn’t be made to feel ashamed about what we believe by those who have rejected God and are trying to find solace in their skepticism. The old Scottish preacher Henry Drummond was right on target when he said:

[Jesus] built no church [buildings], wrote no book, left no money, and erected no monuments, yet show m

e ten square miles in the whole earth without Christianity where the life of man and the purity of women are respected and I will give up Christianity.

Brother Drummond had nothing to worry about, the positive impact of the Church of our Lord Jesus Christ upon this earth is beyond question. However, as I’ve pointed out on many occasions, more and more of us are coming to consider we may be in the great falling way and that we may be nearing the end of this age of grace. These days it seems that so many Christians you run into will talk about how they believe that Jesus could be coming “soon.” And I’m certainly not going to get into an argument about it; I personally wouldn’t mind that at all.
With this in mind then, we turn in our Bibles to 2 Timothy, chapter 4, beginning with verse 1. It is the job of a pastor to keep his congregation aware of the issues facing the Church, as well as to prepare you for the times in which we live. This is contained within the pastoral command in that verse:

I charge you in the presence of God and of Christ Jesus, who is to judge the living and the dead, and by his appearing and his kingdom: preach the word; be ready in season and out of season; reprove, rebuke, and exhort, with complete patience and teaching. (2 Timothy 4:1-2)

And we also need to remember, that the very nanosecond that God the Father says to God the Son: “Go,” this world will be thrown into a season of turmoil such as it has never seen. However, just prior to that—in other words possibly in a time like now—the Bible tells us — This know also, that in the last days perilous times shall come (2 Timothy 3:1). That was from the King James Version, which I happen to think better captures the original Greek of this particular verse of Holy Scripture.
For example, the NIV reads terrible times, but that really isn’t anywhere near strong enough wording to convey these ominous days ahead. The truth is, as bad as things may seem right now—as the old song goes: “You ain’t seen n-n-n-nothing yet.” In fact, noted Bible commentator Alan Nute brings out that the “expression [perilous] times contains within it the thought ‘of threat, of menace, of danger’.”1
When we pause to reflect on what I’ve just said, with the rapid spread of apostasy, it’s true that nearly all of us who would consider ourselves blood-bought Christians would have to admit we’ve have been talking more and more about these things. As such, the fact that these things are on so many Christian’s minds means that I’m not being an alarmist as I bring them to your attention here in an article like this. There are some who would feel: “Well this isn’t what we’re used to hearing from the pulpit.”
And no doubt this is largely true; some of what I’ve been teaching here over-all lately is simply designed to correct misunderstandings concerning proper Christian doctrine, while the rest relates directly to these perilous times. A quick example; it is incredulous to me that in the mainstream evangelical community there is now a growing move in preparation to accept The Church of Jesus Christ of Latter-day Saints (the Mormons) into at least some forms of religious fellowship. Can you imagine anything so ridiculous?
Well, now you don’t have to imagine it, “soon” you’ll be able to pick up, say, Christianity Today and read all about Evangelical Protestants extending the right hand of fellowship to non-Christian cultists. Remember ER 2 and modalist T.D. Jakes?Any chance this will play right into the mass of confusion regarding the subject of Christianity that Satan has already swirled into the squalid society of contemporary America—which is currently drowning in his philosophy of relativism aka postmodernism?
It does seem incredible but it is also deathly true. If you’d like to read more about this issue I recommend to your attention my article found elsewhere on this site The Mormon Church, The Deity Of Christ, And Philippians 2:5-6.This lunacy in the Lord’s Name must stop! Yes, Ephesians 4:15 tells us we should be speaking the truth in love; but notice, that’s speaking the truth out of our love for the Lord and for our neighbors.
Remember, the very next chapter of Ephesians tells the genuine Christian:

Let no one deceive you with empty words, for because of these things the wrath of God comes upon the sons of disobedience. Therefore do not become partners with them… Take no part in the unfruitful works of darkness, but instead expose them.  (Ephesians 5:6-7,11)

This would seem pretty clear to me; and I would also venture to guess that this will be more than a little bit difficult to do, when sheep have their arms around wolves, and are calling the wolf “brother.”