Military Religious Freedom Foundation: "Sharing the Gospel is like Rape"

What does this current administration think about Christians? That we are “monsters.” The Pentagon’s new “religious tolerance guru” is none other than anti-religious extremist Mikey Weinstein, the man who wants to remove Christianity from the military. And thanks to the Obama administration, his Military Religious Freedom Foundation now has the power and backing to do just that. Here are two must-read stories you’ll want to share:

Silencing the Cavalry over Calvary?

The Obama Pentagon may not have been responsible for blocking the Southern Baptist Convention website, but there’s no mistaking their involvement in the military’s latest anti-Christian offensive. (Emphasis on the word “offensive!”) In an absolute stunner, the Pentagon is meeting with Mikey Weinstein–a man who compared Christian evangelism to “rape”–to vet its new instructional guide on religious tolerance in the military.
Weinstein, who heads up the cross-crushing, prayer-prosecuting Military Religious Freedom Foundation (MRFF), is the same man who just published a blistering rant calling evangelicals “fundamentalist Christian monsters.” (And that’s the nice part!) “We must,” he writes, “vigorously support the continuing efforts to expose pathologically anti-gay, Islamophobic, and rabidly intolerant agitators for what they are: die-hard enemies of the United States Constitution. Monsters, one and all. To do any less would be to roll out a red carpet to those who would usher in a blood-drenched, draconian era of persecutions, nationalistic militarism, and superstitious theocracy.”
And this is the man the Pentagon heeded to create its policy on faith? An anti-Christ 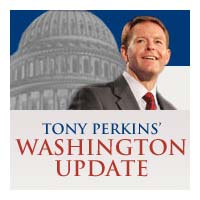 ian militant who’s threatened by gift collections for needy children? Based on what we know of the document, which has yet to be distributed, the regulations have Weinstein’s fingerprints all over it. Among other things, the Washington Post explains, it threatens to treat service members caught witnessing as enemies of the state. “Leaders at all levels,” the document says, “must avoid the actual or apparent use of their position to promote their personal religious beliefs to their subordinates or to extend preferential treatment for any religion.” Non-compliance, the Pentagon suggests, even from ordained chaplains could result in court-martialing on a case-by-case basis.
Sally Quinn, who highlighted Weinstein’s meeting with the military’s brass, quoted MRFF Board member Larry Wilkerson comparing the act of rape to sharing the Gospel. “Sexual assault and proselytizing are absolutely destructive of the bonds that keep soldiers together… This is a national security threat,” Wilkerson insisted. “What is happening [aside from sexual assault] is spiritual rape. And what the Pentagon needs to understand is that it is sedition and treason. It should be punished.” As Wilkerson probably knows, the punishment for treason in America is death. Are we to assume that MRFF would be lobbying for that as well?
To say that their quotes are outrageous is an understatement. But to hear that the Obama administration is not only meeting with–but taking counsel from–these men is downright shocking. It’s an insult to our Constitution, and it’s an insult to the men and women in uniform–many of whom subscribe to the “putrid theology” that he claims “directly threatens the national security of our beautiful nation.” And the military wonders why people would jump to conclusions about the blocking of the SBC website? Like us, they understand that these aren’t “isolated incidents.” These episodes of religious persecution are spreading through the branches of the military like a disease. “God help us,” writes FRC’s Ken Klukowski, “when someone with such visceral hatred of conservative Christians–literally tens of millions of Americans–who says sharing the gospel is ‘spiritual rape’ is helping develop policies for how to deal with Christians in the military.”

WeinSein’s own words: Christians are Monsters

Ladies and Gentlemen, let me tell you of monsters and monstrous wrongs. And let me tell you what these bloody monsters thrive on.
I founded the civil rights fighting organization the Military Religious Freedom Foundation (MRFF) to do one thing: fight those monsters who would tear down the Constitutionally-mandated wall separating church and state in the technologically most lethal entity ever created by humankind, the U.S. military.
Today, we face incredibly well-funded gangs of fundamentalist Christian monsters who terrorize their fellow Americans by forcing their weaponized and twisted version of Christianity upon their helpless subordinates in our nation’s armed forces. Oh my, my, my, how “Papa’s got a brand new bag.”
What’s Papa’s new tactic? You’re gonna just love this! These days, when ANYone attempts to bravely stand up against virulent religious oppression, these monstrosities cry out alligator tears in overflowing torrents and scream that it is, in fact, THEY who are the dispossessed, bereft and oppressed. C’mon, really, you pitiable unconstitutional carpetbaggers? It would be like the utter folly of 1960’s-era southern bigots howling like stuck pigs in protest that Rosa Parks’ civil rights activism is “abusing” them by destroying and disenfranchising their rights to sit in the front seat of buses in Montgomery, Alabama. Please, I beseech you! Let us call these ignoble actions what they are: the senseless and cowardly squallings of human monsters.
Queasy with the bright and promising lights of the cultural realities of the present day, those evil, fundamentalist Christian creatures and their spiritual heirs have taken refuge behind flimsy, well-worn, gauze-like euphemistic facades such as “family values” and “religious liberty.

Oh, there is much more of this ranting. If you can stomach it, go here:  (SOURCE)