Article via The Blaze: 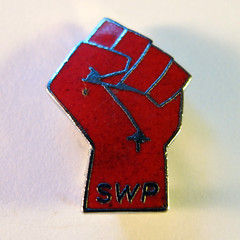 Bad News for Social Conservatives? Annual Survey Finds Americans Moving Closer Toward Social Liberalism
Americans have for the past 12 years moved closer to social liberalism and farther away from social conservatism, according to an annual survey released this month by Gallup.
The Values and Beliefs survey, dated 2001 to 2013, asked respondents to rank the morality of specific social issues.
“Their acceptance of gay and lesbian relations has increased the most, up 19 percentage points in the past 12 years — to a record high of 59% today,” the Gallup report notes. “Americans’ tolerance toward having a baby outside of marriage is also now much greater, up 15 points since 2001, to the current 60%.”
Acceptance of sex between unwed couples is up by 10 percent since 2001, divorce by nine, stem cell research by eight (question first asked in 2002), and acceptance of polygamy by seven percentage points:

“One of the interesting features of these trend data is Americans’ steady and overwhelming disapprobation of married men and women having an affair, with more than nine in 10 continuing to say this is morally unacceptable, within two points of where it was in 2001,” Gallup notes.
“Having an affair thus remains at the bottom of the list of morally acceptable behaviors measured, as it was in 2001,” the report adds.
Click here to read the full report and methodology.