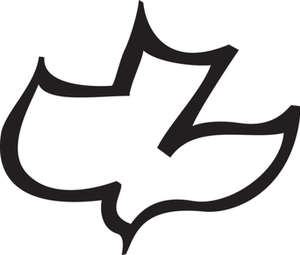 Reprinted from the LightHouseTrails Blog:

Yesterday, we posted an article titled “Calvary Chapel Breached” by journalist Jim Fletcher. The article focused on a Calvary Chapel church (North Coast) in California and its invitation of a Palestinian man named Sami Awad. Fletcher’s article showed the implications of this invitation by Calvary Chapel and how this indicates the further move toward apostasy in the church today. One of the signs of a church becoming emergent is the changing views regarding Israel’s role in Bible prophecy. We have documented for years the growing hostility toward Israel by emergent figures. Our follow up today is going to focus on another person who will be at the Discipleship and Training event at North Coast Calvary Chape on May 10th – Lynne Hybels  (wife of Willow Creek, Bill Hybels) – and the implications of her being there.
First of all, back in 2006, Chuck Smith, the founder of the Calvary Chapel movement, made a clear and concise statement that Calvary Chapel would not tolerate churches within their “fellowship” that promoted the emerging church or contemplative spirituality. While Chuck Smith’s own son was ousted for his emergent views, other Calvary Chapel pastors have been allowed to remain in the movement even when they were promoting emerging/contemplative views or people. What North Coast Calvary Chapel is doing is a case in point.
To bring Lynne Hybels into a Calvary Chapel event is making a huge statement by Calvary Chapel. Hybels is very connected to the Marxist- leaning, liberal machine of Jim Wallis’ SoJourners. She is a regular writer for SoJourners magazine and shows her affinity with Wallis in the things she writes. Therefore, we are going to post an article that was written ( by someone within the Calvary Chapel movement) a few years ago, which shows the clear direction of SoJourners (and thus Lynne Hybels). This is not guilt by loose association but rather guilt by promotion or proxy. And make no mistake about it, Jim Wallis and SoJourners are NOT for Israel or the Jews. It is an anti-Christ spirit that reigns in the world today. As Warren B. Smith has pointed out in his book, False Christ Coming: Does Anybody Care?, the “new” spirituality leaders believe the “era of the single Savior is over.”
“Sojourners Founder Jim Wallis’ Revolutionary Anti-Christian “Gospel” (and Will Christian Leaders Stand with Wallis?) ”
By M. Danielsen Guest Commentary
Jim Wallis, founder of Sojourners magazine, is one of the top “change agents” today, and the timing of his surge in popularity should not be ignored, considering 1) the ideology of our current administration,  2) the advance of liberal theology via the emerging church and church growth movements, and 3) the current state of apostasy the church finds itself in today. Are all these connected? Through this man, they are indeed.
Unbiblical trends in the church tend to snowball, producing even worse trends: each heretical book or teaching that comes along seems to lead to a worse one; the Bible says in 2 Timothy 3:13 that in the last days, “evil men and seducers [imposters] shall wax worse and worse deceiving and being deceived,” suggesting a progressive pattern of deception.
For those who remember the old “Dragnet” TV show, allow me to “reinvent” Joe Friday: “The story you are about to hear is true. None of the names have been changed – and the only thing I’m interested in protecting is the Gospel of Jesus Christ.”
Worth noting, Jim Wallis will be one of the keynote speakers at Lifest this July. (Lifest is a large “Christian” music fest in Oshkosh, Wisconsin every summer. 70,000 attendees are expected over the course of the  weekend.)
For nearly forty years, Jim Wallis has expressed himself through an organization called “Sojourners.” He was raised in an evangelical family in Detroit, and attended Trinity Evangelical Divinity School, but his radical political views made it impossible for him to finish there. [i]
At that time, he also founded an anti-capitalist magazine called, The Post-American, in which he called for the redistribution of

wealthand an economy managed by the government. He also experimented for a season with communal living in search of a utopian lifestyle.
In 1972, he moved his work to Washington DC and renamed it Sojourners. He wasn’t just against the Vietnam war, he rejoiced in America’s defeat there showing his leftist sympathies by publicly criticizing the Vietnamese and Hmong refugees who fled that communist regime (we called them “boat people” back then), by claiming they were leaving to support their consumer habit in other lands … that being greedy capitalists made it just too hard to live under a dictatorship.[ii] In remembering the terrible suffering that the boat people endured, what uncompassionate sentiments by Wallis.
Wallis also supported the Sandinista Communists in their attempt to take over Nicaragua in the 80s, actively participating in resistance against the American military – AND working side by side in this cause with none other than Jeremiah Wright, the radical anti-American Chicago preacher who was our president’s pastor for twenty years.
In addition, Wallis supported the FMLN, a communist terror group from El Salvador itching to spread their Marxist revolution throughout South America.[iii] Men have been called “traitors” for much less than what Wallis has stood for.
In 1983, the organization, Accuracy in Media published a lengthy book on the far left policies of Wallis and his organization, documenting 53 political positions of Sojourners on such issues as Israel’s right to exist, terrorism, socialism, capitalism, human rights, etc. In all 53 position statements, it was found that Sojourners’ views were completely in line with the views of hard-line Soviets.
Joan Harris, who did the reporting on this, observed, “Sojourners never criticizes a Marxist state. The US and the West are the only violators of human rights to them because they are capitalist. Marxists, by Sojourners’ own definition, cannot violate human rights.” Wallis calls himself a “Progressive” – but keep in mind that “progressive” is as far left as you can go politically without actually taking a right turn in the process.[iv]
Wallis believes that Castro’s Cuba, Chavez’s Venezuela, and Ortega’s Nicaragua are the Marxist paradises the US should emulate. It is not extreme at all to say, that one of his goals is to see the end of the US as we have known it — “Post-Americanism” finally realized. So, after being arrested by the US government 22 times in forty years, where has he soft-landed? As spiritual advisor to President Obama.[v] Now, with the help of our own government, he hopes to turn mere ideology into policy. He is a living, breathing advocate for total government control, complete socialism, or “totalitarian socialism.”
Wallis has known Obama for over twenty years, and during the “Reverend Wright” damage control days, he was right there advising Obama on how to spin it, helping him draft many “faith based initiatives,” to make the far left appear to have some form of religion, to sell the church the idea that here is a spiritual alternative to the now defunct Religious Right, which Wallis eulogizes endlessly in his book.
In light of all this, one must ask the question, why is this man speaking at a Christian festival aimed primarily at our youth, and with a highly popular figure from the evangelical camp, namely Luis Palau? 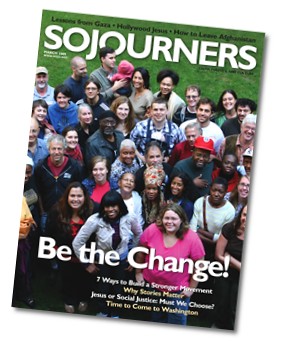 picture taken at the “World Economic Forum.” This is the annual invitation-only event in Davos Switzerland that brings together the world’s most influential politicians and economists as they work to bring the world under a global authority.
Consider also, that Sojourners’ receives a portion of its considerable funding from the Open Society Institute, this is billionaire leftist George Soros’ organization.
In 2007, the National Association of Evangelicals hosted a dinner gathering called, “A Global Leaders Forum.” The keynote: Ban Ki Moon, current head of the UN. What is he doing at the NAE event? Wallis himself says of the event, that some Christians today might say he had dinner with the Antichrist that night. He also stated: “Last night, the supposed Antichrist was listening to gospel music, speaking of his own faith, quoting scripture, celebrating a new alliance with “the evangelical church” on the critical issues of poverty and global warming, and bringing the conservative Christian crowd to its feet in smiling agreement with the UN secretary’s agenda. Indeed, leader after Christian leader insisted this was a biblical agenda.” [xiii]
To those who have ears to hear, please consider these things and press forward to contend for the faith once delivered to the saints!  In this late hour, now is not the time to compromise but rather to so love truth in our innermost being that nothing matters except to make sure we are on the side of truth.
May the Lord direct and guide us, as believers, in all matters of faith, earnestly seeking His mind and heart in all things as laid out in His Word.