How to answer the fool! 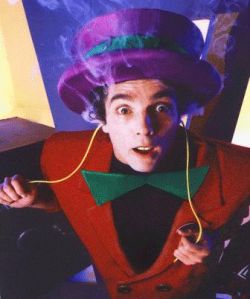 Have you ever gotten into a heated discussion about God with a fool? That word sounds so harsh. But Jesus, our kind and gentle Savior, called people fools. Why did He do that? Was He judging a man’s intellect, or was it something else? Knowledge isn’t a bad thing. We know that the fear of the Lord is the beginning of knowledge. But we have this idea that our apologetics, or the way we share the Gospel must somehow prove God’s existence. And we’d better have some good, well-researched evidence to back it up, or they won’t believe.

Today’s guest is an apologist who says we don’t need any proof at all. And he’ll prove it! His name is Sye Ten Bruggencate, and he’s a street-evangelist and the creator of a new film titled, How To Answer The Fool: A Presuppositional Defense of the Faith.
For as Romans 1:18-21 declares:

o suppress the truth by their wickedness, since what may be known about God is plain to them, because God has made it plain to them. For since the creation of the world God’s invisible qualities – his eternal power and divine nature – have been clearly seen, being understood from what has been made, so that men are without excuse. For although they knew God, they neither glorified him as God nor gave thanks to him, but their thinking became futile and their foolish hearts were darkened.”

Produced as a cinematic film, How to Answer the Fool was adapted for use in small group and Sunday School classes, making it a useful tool for individual or group study. With an eye-opening, cinematic message, How to Answer the Fool deliberately and strategically teaches you how to defend the Faith; answering the call of Scripture to ‘be ready in season and out of season‘ in order that we may ‘…always being prepared to make a defense to anyone who asks you for a reason for the hope that is in [us].’
Here is the trailer: