We’ve told you about the Queen James homosexual-friendly Bible, The Leftist Green Bible, and the newly-released New Apostolic Reformation (Dominionism/signs and wonders) “The Passion Translation,” all of which make Eugene Peterson’s The Message mess seem nearly orthodox. How about a Bible that tells readers they don’t need to worry about all that sin and repentance stuff, because Jesus just wants you to love?

It sounds like the latest Seeker-Mergent language, but this new Bible project isn’t Christian at all. Now a new Religion Free Bible version will soon make the rounds. It’s not written by one person, but by anyone and everyone who wants to free you from your preconceived notions about what God says. There is an advisory circle of people representing various religious traditions, humanistic worldviews, and various forms of spirituality to offer feedback as it is being written.  The RFB Facebook page is proclaiming that a group of 12 volunteers has just translated the Book of James, and several other books are underway as well.

The Religion-Free Bible Project’s mission statement says it “exists to empower people to transform themselves, their relationship to the world, the divine and the experience of life by recreating the Bible and revealing its profound message for all humankind.  The creation of the Religion-Free Bible is meant to be a project ‘of the people, for the people, and by the people.’”  As opposed to God’s Holy Spirit-breathed Word. (2 Timothy 3:16)

Heading up the project is Jim Palmer, an ordained minister who has a Master of Divinity degree from Trinity Seminary in Chicago. After writing several books with titles like, Divine Nobodies: Shedding Religion to Find God and Wide Open Spaces: Beyond Paint-by-Number Christianity, he started the Religion-Free Bible Project and created a “tribe of shedders.” The writing team came up with a paraphrase of the Bible that draws out God’s heart for humankind, without a predetermined set of assumptions and “unshackled from the religious spin often put on it.”

Palmer says the impact of The Religion-Free Bible Project in people’s lives will include:

The RFB contradicts the Bible with many statements like, “there is no line between sacred and secular,” and, “humankind is not separated from and condemned by God.” But it is also interesting to note that many of his statements sound like they could have been written by the watered-down, seeker-driven teachings we often hear today:

Every human being needs to know of their inherent divine worth.
It’s time to stop arguing about God, and start expressing the reality of the kingdom of God. The world is not hopeless or too far gone to be transformed by love. You don’t need a or PhD in theology to embrace the simple but profound message of the Bible.

Here is an example of how he takes God’s Holy Word and makes it not about Jesus, but about you and whatever you want your idea of right to be. 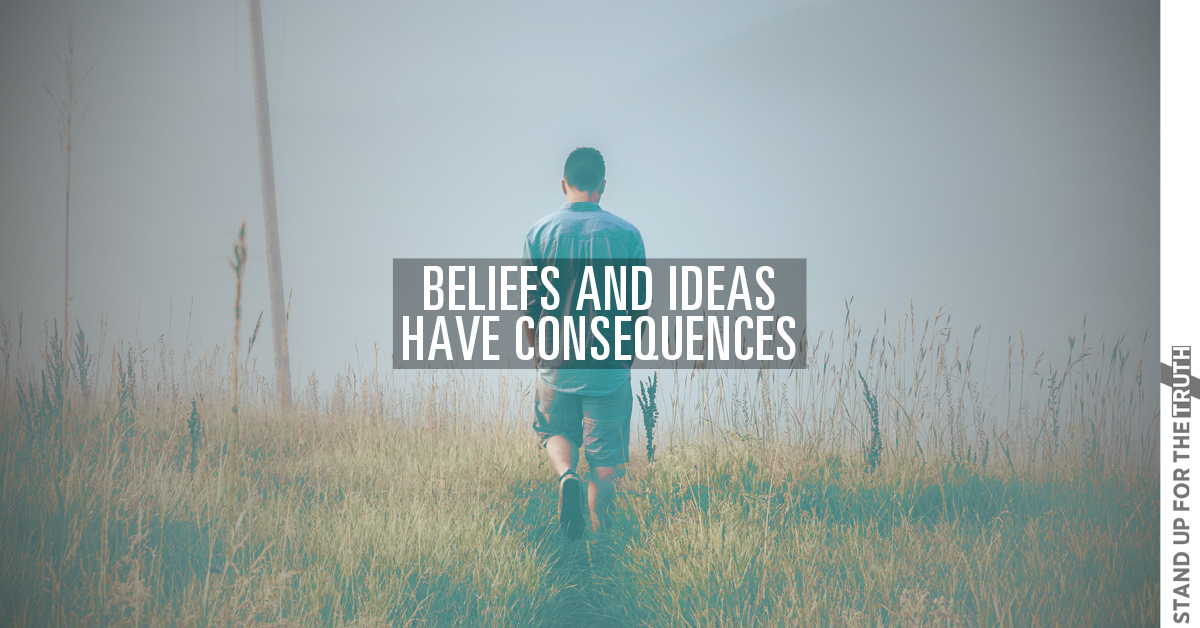 Beliefs and Ideas Have Consequences