School is coming: Big changes ahead 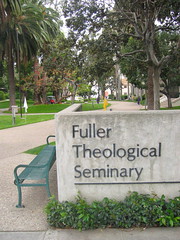 Today we’re updating you on some news stories from a faith standpoint. A little later on, a new Bible translation is in the works. This one promises to be completely free of the constraints of religion. We’ll tell you about that, plus a major theological seminary is gearing up for fall semester, and already its new LGBT campus group is promising to rally. It’s the first Christian seminary with an LGBT group.

In our first segment we’re talking with someone who has been sounding the alarm about national Common Core standards and curriculum. Kyle Olson is publisher and founder of EAGnews.org dedicated to education reform. Kyle is a contributor to TownHall.Com and has written a book titled, Indoctrination: How Useful Idiots Are Using Our Schools To Subvert American Exceptionalism.

Celebrating Christmas in the Midst of Islamic Domination