Do We Settle for Cheap Grace? 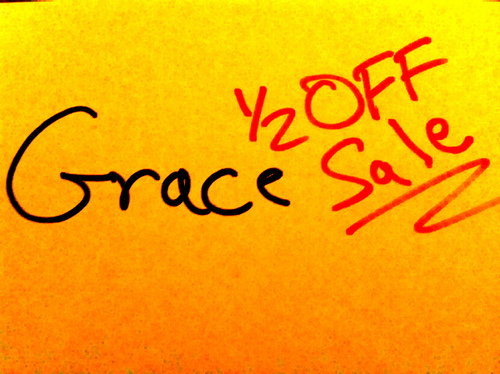 We know God’s Grace is a free gift – that cost Him everything. There is a bit of a controversy brewing over what one popular pastor has said – or has allegedly said – about Lordship Salvation. What exactly is Lordship Salvation? Does it say that we need Grace plus something else? We’re going to explore that today and see what God has to say in Scripture.
We also have a number of news headlined to pass along today about Christians who are being silenced for sharing their faith in public. It’s not just happening in other nations, but in the West where we are supposed to be able to worship and speak freely.

In our first segment today, did you know that all truth, knowledge and wisdom begins with Christ, and that it’s impossible to know anything apart from Him? Yes, that’s according to Colossians 2:2-3, Proverbs 1:7 and Psalm 111:10.  Our guest in the first segment says these beautiful biblical truths have long been ignored or abandoned by many modern Christian speakers and teachers.
Author Scott Alan Buss has written a number of books including, “Fire Breathing Christians: The Common Believer’s Call to Reformation, Revival, and Revolution” and “Apathetic Christianity: The Zombie Religion of American Churchianity.” Check out Scott’s blog here.