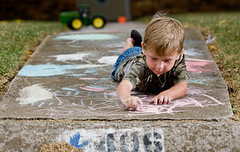 The world is growing darker by the second for our next generation. A 3-year-old boy has been taught by his nursery school teacher that when he grows up, he will be able to marry a boy or a girl. The boy’s outraged parents wrote a letter to a local newspaper about the incident.

Charisma News picks it up from here:

The letter said, “Many of your commentators have speculated as to what the wider implications of allowing same-sex marriages will be on society. I was given a stark illustration of this at the weekend. In response to my three-year-old son’s question as to what marriage was, I told him that it was when a man and woman loved each other very much and wanted to spend their lives together. My son then told me that ‘boys’ could get married, too. As he doesn’t read the newspapers, I was keen to understand how he had formed this view. Apparently, his carer at nursery, a homosexual, told the entire class that he had great news: when they grew up, they could get married to a girl, or a boy. Surely, my son is too young to have this discussion? If I were to complain, however, I would be labelled a bigot.”

Legal experts have warned that, if same-sex marriage is introduced, there would be a legal duty to teach its importance in sex and relationships education. The experts also say parents would have no legal right to withdraw their children from curriculum lessons that promote same-sex marriage.

Homosexuality and building a Bridge of Hope 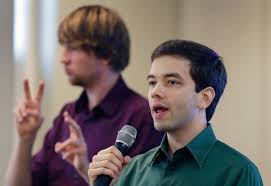 Matthew Vines’ latest: Getting your church to “reform”