Money, Power and Political Correctness: Are these our "gods?" 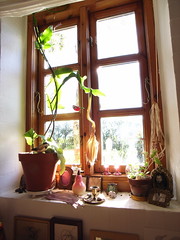 We seem to be distracted by many things. Money, power, fame, being politically correct, being “right.” But Jesus said there are more important things, like sitting at His feet, learning about Him and sharing the hope we have with a world that not only doesn’t know Him, but one that is growing increasingly dark.

Today as we cover the news, the persecution and religious cleansing, the compromising and the shakiness of worldly securities, we’re going to be asking a lot of questions. But the one we’ll ask the most of all of us is this: Whom do you trust?

Joining us in our first segment today is a frequent guest of our program,  William J. Murray,  a strong advocate for persecuted Christians in America and around the world. The Religious Freedom Coalition is a non-profit organization that takes on on issues related to aiding Christians in Islamic and Communist nations. William founded ShariaFreeUSA.org. His mother was the founder of American Atheists was Madeline Murray O’Hair. You may remember that she also won the landmark lawsuit on behalf of her son William that effectively banned prayer in public schools. Thankfully William did not follow her path, and works to fight religious persecution around the world. (Check out his Capitol Hill Updates blog.)

Trappings of the Occult

Freedom From Religion: An interview with Dan Barker

Saying "No" to promoting blasphemous "The Bible" docudrama