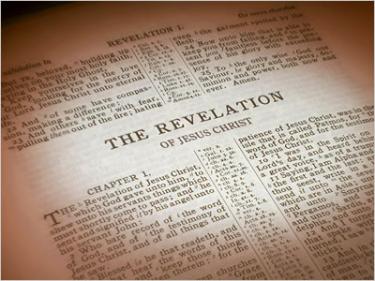 The bible is one-third prophecy and has a lot to say to us about the conflict in the Middle East, the global geopolitical landscape, the world economy, and the New Spirituality changing the visible church.  Today we are broadcasting live from this year’s Great Lakes Prophecy Conference at Calvary Chapel of Appleton.
We mentioned this video today!
Eric Barger is now widely recognized in the area of Christian Apologetics, after spending two decades immersed in the world as a record producer, musician, drug addict, and New Ager. Eric’s Take A Stand! Ministries confronts both the culture and the Church, focusing on the troubling unbiblical trends and doctrinal issues facing Christians.

David Hocking has been preaching and teaching the Bible for over 50 years and has taught courses in Bible, Theology, Biblical Languages and Expository Preaching in colleges as well as in graduate schools. David has served as pastor in Columbus, Ohio, Long Beach, California, and Santa Ana, California. He has written over 35 books.

Chris Quintana took a staff position at Calvary Chapel Cypress in the 90′s. In 2010 his Senior Pastor Jack Stevens went to be with The Lord and Chris, a long time Assistant Pastor was called by The Lord to be the new Senior Pastor. Chris has a love for Bible Prophecy and sees the modern church’s move away from historic Christianity as a indicator of the the last days. Chris also leads Rapture Ready Radio, a two-hour program heard around the world every night of the week.

Warren Smith has written extensively on the subject of spiritual deception and has spoken on radio, television, and at numerous seminars and conferences. As a result of his experiences with the occult and his subsequent salvation he has a buren of alerting the church about New Age teachings. Warren resides in Northern California with his wife Joy.


Don Stewart co-hosts “Pastors’ Perspective” along with Pastor Chuck Smith. Don is a graduate of Biola University, Talbot Theological Seminary, and the International Institute of Theology and Law. He is a award-winning author. Don has traveled around the world defending the Christian faith and is Associate Professor at Veritas Evangelical Seminary.

Elijah Abraham was born in Iraq and grew up as a Muslim. He fled to the United States in 1987 and began to attend a church wherein he eventually became a convert to Christianity. He has been educating his audiences in churches and civic groups on Islam and the Islamic threat.  He is also the founder and director for “Center for National Security”. www.cfns.org