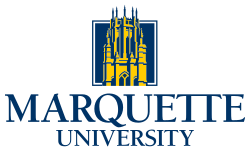 The program originally ran in the Gender and Sexuality Resource Center (GSRC), a division of Marquette’s administration. Hollenberger and other alumni, faculty and donors then approached university President, the Rev. Scott Pilarz, wondering if the content was appropriate for a Catholic and Jesuit university. Pilarz and former Provost John Pauly decided to withdraw university sponsorship in February, but the workshop continued with sponsorship from the university’s Honors Program.
“As an academic seminar, it needs an academic home on campus,” argued FemSex director Amelia Zurcher.

“FemSex does not push any ideology, teach or impart any prescribed concepts, generalize experiences, make prescriptions, or advocate a particular philosophy or morality,” the developers wrote in a joint statement to the Marquette Tribune. “FemSex grapples with issues core to our humanity that are too often shamed, silenced, and ignored, often to the detriment of individuals and communities.”