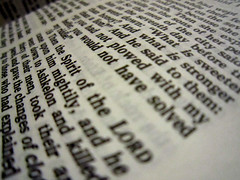 I want to spend a few moments talking about this radio show, Stand Up For the Truth.
We are approaching our three year anniversary on this show. Quite frankly I thought the show wouldn’t last more than six months. But I underestimated just how crazy things were getting in our nation and quite frankly within Christianity itself.
There are some obvious and serious situations out there that must be addressed firmly:

But with all this, there is something more subtle going on:
As Christians we are confused on how to best share the gospel with the world around us.
Some believe you firmly share the complete gospel with the lost—that the power of God’s Word alone has the power to reach lost hearts. That love and absolute truth are both equal and necessary ingredients to reaching the lost with the gospel.
Others believe a ‘kinder, gentler approach” is needed. That we must seek to first establish a common ground of discussion with unbelievers—“earn the right to be heard” is a common mantra we hear from this segment of Christianity. They will often quote the biblical story of Paul at Mars Hill, finding a common point of discussion with unbelievers in order to share the gospel.
And I think these last two options in sharing the gospel is where the real tension is within Christianity itself these days. More “fundamental” Christians see it necessary to avoid any hint of syncretism—that the Word of God alone is sufficient for the lost.
Many ‘liberal” Christians see the importance of reaching out to others and seeking a common discussion point before the lost will be open to hearing the gospel.
And I do believe there is logic in both these approaches. It is the power of the gospel alone that has the ability to reach lost hearts. But there are also times when reaching out and having a better understanding of the mindset of a lost person is profitable and useful for sharing the gospel.
The danger of course in having a more conciliatory approach is that the enemy can get a foothold and sew confusion—and the very people who start off wanting to share the gospel with the lost can be seduced away from the truth by those we seek to reach.
There are so many stories we have covered over these three years that point to the complexity of this situation:

Whenever we as Christians try to share the gospel we face two challenges:

This is a tough combination—one that is very difficult to master.
Some are quick to abandon biblical teachings in the hopes of appearing loving to the lost—they go way too far in compromise, seeking common ground where there is none.
Others are very quick to bash any efforts to reach the lost by simply meeting with them. There is a “guilt by association” complex stated whenever a Christian leader even meets with unbelievers. The natural and understandable reaction is that this is another attempt at religious syncretism in a world where it is everywhere.
Truth is what we need more than anything these days is biblical wisdom.
Is there a growing movement toward religious syncretism? Unquestionably. But sometimes we see it where it might not exist. Guilt by association can be a very dangerous thing:
David Platt has been a solid biblical teacher who preaches on sin, the wrath of God and the need for repentance with every sermon. Yet when he filled in at Saddleback while Rick Warren was taking time off to cope with his son’s suicide, some were calling Platt a traitor and heretic.
Should we judge the fruit of a Christians by what he says and does?—or where he says it from? Does preaching at Saddleback automatically make one a heretic? If Joel Osteen went on Oprah Winfrey and shared the full gospel, we should commend him for doing so. Sadly the Christians appearing on Oprah are not sharing the gospel—so we should question their methods and motives.
On this show we will continue to share important news that affects Christians—and when we see something dangerous we will continue to point you to the Word of God as your sole source for truth.
Discernment is a difficult thing—we must be anchored in God’s Word and know that it alone is absolute truth. We must be praying that the Holy Spirit enlightens us to truth when we see things that look suspicious.
But we must be slow to pull out the “heretic” card whenever a Christian leader does or says something we do not understand. History may indeed prove that the ‘heretic’ label was true—but we should always be cautious when using that term—because if we are wrong, we have wronged a brother.
We will do our best on this show to point out alarming news and trends, and point you to the Word of God as our only source for absolute truth. And moving forward we will try to always report fairly, pointing you to God’s Word.
Biblical illiteracy has become an epidemic within the church—the goal of this show is to get Christians back into the Bible to discern the day’s events and stay anchored in the truth of God’s Word as things get more and more confusing.
What we think on this show is not important—what God says IS important. We will continue to share news and opinion but it is crucial each of us knows the Word of God and uses wisdom to discern all things biblically.
Things will only get more confusing. Every day let us pray for the love, truth and wisdom of God through His Word and the power of the Holy Spirit.