Persecution, "hard" and "soft" ramps up 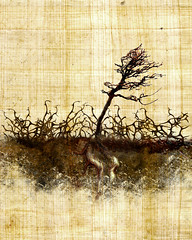 Today we’re covering a couple of news stories of persecution around the world and closer to home, as Christians try to stand up in a world that is increasingly hostile to Jesus.

A little later we’re talking about two issues many of us struggle with: Understanding the nature of God, and also why we continue to sin.

Joining us in our first segment today is a frequent guest of our program,  William J. Murray,  of the Religious Freedom Coalition, and he is a strong advocate for persecuted Christians in America and around the world.

Check out his new project: Christmas For Refugees.

William founded ShariaFreeUSA.org. His mother was the founder of American Atheists was Madeline Murray O’Hair. You may remember that she also won the landmark lawsuit on behalf of her son William that effectively banned prayer in public schools. Thankfully William did not follow her path, and works to fight religious persecution around the world. (Check out his Capitol Hill Updates blog.)

What we should talk about in Church

The Balance of Religious Freedom