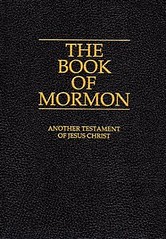 Why are so many evangelical leaders suddenly cozying up to Mormon believers? Is it to share the Gospel of Christ and the conviction to repent of following a different Jesus, or something else?  Dr. Richard Mouw, the former president of Fuller Theological Seminary, appeared at Utah Valley University on Friday, speaking to hundreds of Mormon students about his belief that Christians and Mormons should focus on common ground and “work together for the cause of righteousness.”
Mouw has been known among evangelicals for asserting that Mormonism is not a cult—and seeking to build bridges and friendships with Latter Day Saints. Here is his controversial 2004 quote when he spoke at the Mormon Tabernacle in Salt Lake City, asserting that Christians have been “bearing false witness” against Mormon doctrine:

“I am now convinced that we evangelicals have often seriously misrepresented the beliefs and practices of the Mormon community…Let me state it bluntly to the LDS folks here this evening: We have sinned against you.”

On Friday, Mouw reiterated his beliefs while addressing a crowd at Orem LDS Institute of Religion, located on the university campus.

“Evangelicals and Mormons have a lot to talk about and a lot to share about the hope that lies within each of us,” he stated. “We need to work together, learning from each other and bearing witness to the hope that shines within us. If we’re all saying, ‘Give me Jesus,’ all of [our] differences will dissipate into academic rarities that probably aren’t important when considered next to our desire to work together for the cause of righteousness.”