I am sharing a site called “Another Slice,” with links and articles that are original documents from the site of radio host Janet Mefford that was recently scrubbed of all evidence of her interview with Mark Driscoll as well as documented instances where he appeared to have plagiarized (stolen) the work of other published authors without crediting their work. Below that is the transcript of the apology that Janet issued for her tone during the interview.

I am sharing this with permission from the site owner: 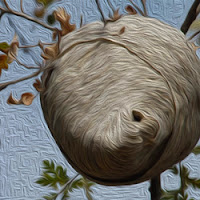 On today’s broadcast of the Janet Mefferd Show, Mrs. Mefferd offered an on-air apology.  A transcript follows:“A few weeks ago, as many people know, I conducted an interview with Pastor Mark Driscoll. And, I received lots of feedback on that interview, both positive and negative. But, I feel now that, in retrospect I should have conducted myself in a better way.

“I now realize the interview should not have occurred at all. I should have contacted Tyndale House directly to alert them to the plagiarism issue, and I never should have brought it to the attention of listeners publicly.

“So I would like to apologize to all of you and to Mark Driscoll for how I behaved. I am sorry.

“Unfortunately, I also didn’t anticipate that this story would go viral, online the way it did and creating such dissension within the Christian community was never my aim.

“And, so in an effort to right things as best as I can, I have now removed all of the materials related to the interview off my website and also off my social media.” – Janet Mefferd, 12/04/2013 on The Janet Mefferd Show

Sarah Christensen: We’re all in Ministry, the Hands & Feet of Jesus

Scoffers: It's getting worse

Deception is Rampant, but What is Truth?