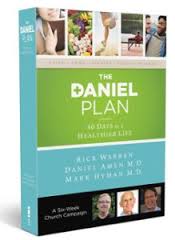 Many Christians are taking a big step back and looking at a trend that perhaps a shift is taking place within the main organization to partner with Rick Warren on several fronts. This is very different from the stance founder and pastor Chuck Smith took when he denounced Rick Warren’s Purpose Driven model for churches as something that he was firmly against. But since his death last year, there has been a shift of sorts, prompting many Calvary Chapels and pastors to say, “not in my church.” So what to make of this phenomenon when denominations begin to change what they stand for, and against?
Joining us is one Calvary Pastor who is committed to staying the course. Chris Quintana is senior pastor at Calvary Chapel Cypress in California. Chris has a love for Bible Prophecy and sees the modern church’s move away from historic Christianity as a indicator of the the last days. Chris also leads Rapture Ready Radio, a two-hour program heard around the world every night of the week.

We mentioned this book today, a must-read for all watchmen and women: