Boston Teen abducted by our government

This is the story of how the government can abduct your child. It’s the story of a beautiful teenaged girl from Boston, whose parents just found out this week that their daughter is not coming back, thanks to our government. It’s absolutely heartbreaking for her parents, and horrifying for anyone in this nation who grew up beleiving something like this could NEVER, EVER happen in the United States. Where is our president in all of this?
First, the latest from The Boston Globe:

Justina Pelletier’s mother collapsed and her father shouted in anger today after learning at a Boston courthouse that the Department of Children and Families wants to place their teenage daughter in foster care on Boston’s North Shore, according to a minister who represents the family.

The parents were also upset because they were told a gag order preventing them from talking to the media remains in place, said the Rev. Patrick Mahoney, head of the Washington, D.C.-based Christian Defense Coalition, a group that is helping the family.   (more)

The Liberty Counsel released this press response on Monday:

Liberty Counsel Fights for Pelletier Family
Teen Daughter Being Held by State     LC.org
Boston, MA – Today Mat Staver, Founder and Chairman of Liberty Counsel, is appearing before the Suffolk County Juvenile Court to defend a family against abuse by the Massachusetts Department of Children and Families (DCF). 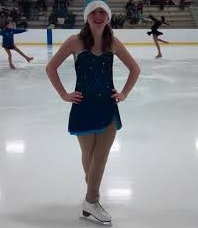 This is a story of a 15-year-old ice-skating competitor who was taken from her parents by DCF, locked up for over a year, and is now confined to a wheelchair because of maltreatment for a metabolic disorder. Justina’s father, Lou Pelletier, recently spoke to the media about the tragic case involving DCF and Boston Children’s Hospital. Seeking to silence the parents, DCF has filed a complaint to hold the father in contempt of court for violating an alleged gag order that was never put in writing.
“The very purpose of the First Amendment’s protections is to protect citizens against this kind of governmental oppression,” said Staver. “DCF’s motion for contempt is nothing more than an attempt to prevent the public from gaining access to information concerning the State’s unconstitutional intrusion into the fundamental parental rights of the Pelletiers and to extend the secrecy of these proceedings,” Staver said. “There is simply no justification for such a gross violation of the presumption of public access to judicial proceedings.”
“The story of Justina Pelletier is like a horror movie,” said Staver. Before she was admitted to Boston Children’s Hospital, Justina was being treated for mitochondrial disease, a rare genetic disorder, by Dr. Mark Korson, the chief of metabolism at Tufts Medical Center. At Boston Children’s Hospital, a new doctor, in the seventh month of his internship, changed the working diagnosis from mitochondrial disease to somatoform disorder, shifting her treatment from physical to mental. When Lou and Linda Pelletier tried to discharge their daughter the following day, February 14, 2013, and return her to care at Tufts Medical Center, DCF took Justina as a ward of the state and moved her to Bader Five, the psychiatric ward, where she remained for eleven months. Today Justina is confined at Wayside Youth and Family Support, a nonmedical treatment facility. She is suffering every day with excruciating pain, and her health is rapidly declining.
“The State of Massachusetts cannot make Justina a prisoner merely because her parents followed the medical protocols recommended and administered by a respected medical institution responsible for her care,” Staver said. “The more light shed on the situation, the more it becomes apparent that the behavior of DCF and Boston Children’s Hospital is indefensible,” said Staver.
Liberty Counsel is an international nonprofit, litigation, education, and policy organization dedicated to advancing religious freedom, the sanctity of life, and the family since 1989, by providing pro bono assistance and representation on these and related topics.