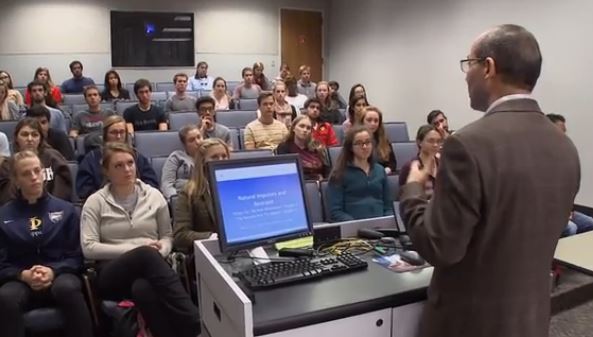 Addressing visiting guest, the Dalai Lama,” as His Holiness, Emory University is the latest college to abandon Christ by embracing  Eastern religions for the sole purpose of uniting the world toward global peace. In its class, Secular Ethics 101, instead of looking at ethics and morality through a purely worldly way apart from Christ, the college has found a more universal way to get everyone on board: Eastern meditation through a  Buddhist practice, “Lojong.”  Lojong is simply guided meditation that instructs students to, “Find the consciousness you had before you were born” and “Treat everything you perceive as a dream.”  Here is a Buddhist site that teaches this method.
Recently the Dalai Lama himself came to address the university.
Here is a video story PBS aired, along with the transcript below:

Related articles  (Note: these are from secular sources)