If evolution is true, Jesus is not.

This is a brilliantly written article pointing to the credentials of the leading expert in the historical evidence for Adam, Abraham, Jonah, Noah and many others whom scoffers – even scoffers in the visible church – say are just figments of someone’s imagination.
Thanks to Chris Rosebrough at Fighting For The Faith for penning this:

Modern and Postmodern Liberals (Emergents) and their higher-critic and deconstructionist co-belligerents have an almost obsessive preoccupation with undermining, impugning, and maligning God’s Word. They incessantly attack the inerrancy, historicity and sufficiency of scripture and their attacks are getting bolder by the day. These people appear driven to reduce the Bible into a mere human product that is nothing more than man-made mythological narratives. Stories of pristine gardens, Adam and Eve, forbidden fruit, a world-wide flood, the ark, the destruction of Sodom and Gomorra, and a prophet being swallowed by a big fish are too silly and childish to be believed as actual historical events by this growing Liberal resurgence.
Before you fall for these so-called progressives and their post-modern re-imaginations of the scriptures you should consider Jesus’ opinion and views of the Bible. As you will see, Jesus had much to say about the scriptures and His statements reveal his assumptions regarding the Old Testament texts as well as the veracity of the stories recording in them. 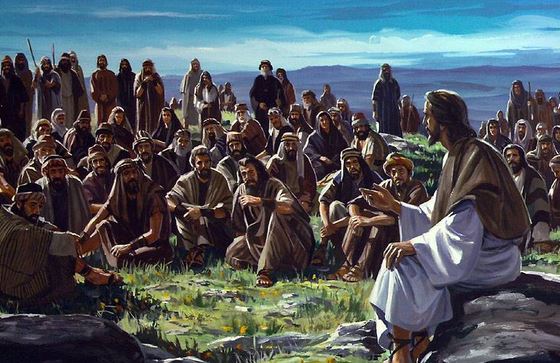 Jesus’ Credentials
Before we look at Jesus’ opinion of the scriptures it would be prudent for us to first be reminded of Jesus’ credentials and His authority regarding the scriptures.
When we examine the eyewitness testimony concerning Jesus that is recorded for us in the contents of the four biographies (Gospels) of the New Testament we learn that Jesus Christ claimed to be none other than the One True God in human flesh. Any nut or lunatic can claim to be God but proving such a claim is a whole other issue. Fact is, Jesus proved His claims to deity by raising Himself from the dead three days after He was crucified under Pontius Pilate.[1] The men who authored the New Testament documents were also eyewitnesses of Jesus’ life, teachings, miracles and His bodily resurrection from the dead.
Since Jesus proved His claim to being the One True God in human flesh by raising Himself from the dead, there is no greater authority, living or dead on the subject of the Bible than Jesus. There is no scientist, modern scholar or Biblical critic, regardless of the number of degrees that he or she may hold who can speak with greater authority on the subject of the Word of God than Jesus Christ. Therefore, if you call yourself a Christian or a Christ-Follower then you would do well to pay close attention to what Jesus believed and taught regarding both the Old and New Testament Scriptures and bring your thinking and convictions in line with His.
Jesus’ View of the Old Testament, Creation, Adam and Eve
What exactly did Jesus believe and teach regarding the Old Testament stories? Did Jesus consider them to be mere man-made mythological stories or did He believe them to be accurate accounts of real events that took place in real history? We’ll answer these questions by first reviewing Jesus’ thoughts regarding the stories concerning Adam and Eve.
In Matthew 19:3-6, the eyewitness biographer records this exchange between Jesus and the Pharisees:

Matt. 19:3-6: And Pharisees came up to him and tested him by asking, “Is it lawful to divorce one’s wife for any cause?” He [Jesus] answered, “Have you not read that he who created them from the beginning made them male and female, and said, ‘Therefore a man shall leave his father and his mother and hold fast to his wife, and the two shall become one flesh’? So they are no longer two but one flesh. What therefore God has joined together, let not man separate.”