This is the third in a series of research articles via Herescope’s Sarah Leslie and her team at Discernment Research Group  on the strange “presence” teachings of Pastor Mike Bickle at the International House of Prayer (IHOP) in Kansas City. Be sure to check out Part I, and Part II.

By Sarah Leslie                   Reprinted with permission from HERESCOPE
IHOP and the “Presence”
IHOP is on the rise in the evangelical world. Once an obscure church in the Kansas City area on the fringes of the Charismatic movement, it has now become a youth movement. The IHOP (International House of Prayer) is on the verge of engulfing youth ministry in this country with its methods and its doctrines. Through its aggressive recruitment efforts it is playing a leading role on college campuses. It is listed as an equal partner in many collaborative evangelical prayer and mission efforts. IHOP leaders are now openly associating with the upper echelons of evangelical leadership, including engaging in political activism.[4] And the leaven of IHOP doctrine is quietly seeping into the entire church world.
Few parents who send their kids off to IHOP-sponsored or connected events know what IHOP really stands for. This is because IHOP and its many associated offshoots
market themselves as revivalists. Everyone wants youth to experience revival. But is this “house of prayer” experience a true revival? Is this a revival based on the Gospel of Salvation? The IHOP conferences and events are stage-managed to produce the maximum amount of visual, aural, psychological, sensual and spiritual stimuli—all of which can superficially appear to be revival. But is it biblical revival? When this movement began 25 years ago, one critic noticed its faulty framework:

What is perceived as spiritual is in reality soulish, contributing to a euphoric state of altered consciousness from repetitious choruses that follow one upon the other. The mesmerizing effect of the music creates a frame of mind open to suggestion by the subsequent preaching of dominionist teachers who build on the fervor of the moment with messages of future power and glory.[5] 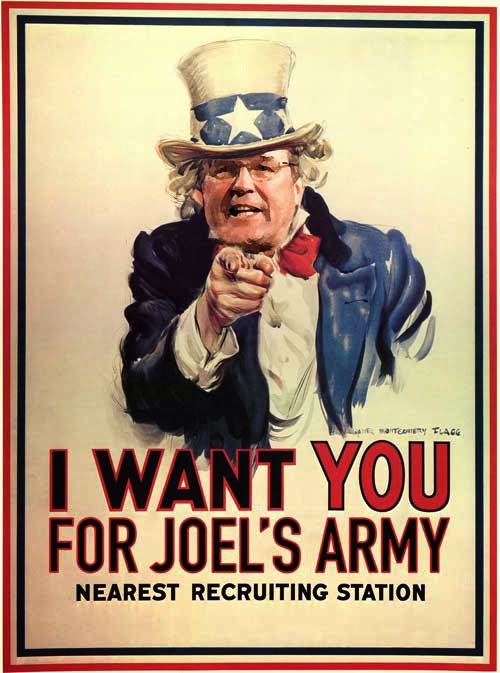 The orchestrated commotion at youth events serves as fertile ground for inculcating a strange and different doctrine—a doctrine that has been taught by IHOP leaders for decades.
The original IHOP blueprint is still in effect.[6] The extreme praise and worship music is an essential component of their whole plan. It is based on the old Latter Rain cult “Tabernacle of David”[7] (TOD) heresy that taught that “before the Church can be perfected and establish dominion, it must restore praise and worship as a means to enter into the presence of God.”[8] TOD is based on an “endtime revival”[9] scenario in which the church will progressively become mature, sinless and perfect, culminating in a final generation of “New Breed”[10] youth of “elect seed”[11] who will possess superior spiritual abilities. These youth, as “the manifestation of the Sons of God,” will evolve/emerge into “overcomers”—“and step into immortality in order to establish the Kingdom of God on earth.”[12] As a perfected corps of elites they will become “the ‘man-child’ of Revelation 12” (also referred to as “the many-membered man child”).[13] A summary of these teachings explains:

Central to Manifest Sons of God doctrine is the belief that sonship to God comes through higher revelation. The Christian life, it is believed, is fragmented into stages of maturity… to become a son of God and, ultimately, gods ourselves.[14][bold added]
Some who have been infected by the Manifest Sons of God teachings even believe He will not return physically, but rather that Christ and the Church are becomine one in nature and essence, and that the Church, as the ‘on-going incarnation of God,’ is Christ on earth. [15][bold added]

This doctrine of being able to attain spiritual elitism is both alluring and intoxicating to a generation raised on the witchcraft powers of Harry Potter. Youth are being told that they will be specially anointed with higher-order spiritual gifts that no generation on earth has ever attained previously. Possessing these superior powers, they are being told, will give them secret knowledge to become immortal. They will gain the ability to subdue their enemies and “rule over the nations with a rod of iron.”[16] They believe they can wield this spiritual power, much the same as is taught in the occult.[17]
Before they can gain this supreme ascendancy, though, they must first undergo zealous works of purification and deprivation—activities which seem super-spiritual at face value, but which have nothing to do with the Gospel of Salvation. The IHOP call for extreme asceticism (referred to at times as the “Nazarite”[18] and/or “wilderness lifestyle”[19]) is held up as the exemplary model for becoming “mature.”[20] This model can best be performed by unencumbered youth. It cannot be replicated by those who are living typical lives in Christian families, nurturing small children, caring for the elderly, visiting the sick, working at normal jobs, doing mission work and attending church regularly. Rather, the most demanding rigors of this 24/7 prayer work can only be performed by those who have left behind “natural affection” (Rom. 1:31; 1 Tim. 3:3) and chosen a radical manner of life akin to monasticism.[21]
It is not a matter of IF the IHOP is teaching the old Latter Rain/Manifest Sons of God (MSOG) doctrines. It is HOW they have repackaged them for mass-market appeal. Before getting bogged down in their semantic gymnastics, keep in mind that IHOP uses inventive spiritual-sounding terminologies laden with secret theological meanings known only to their initiated elite. One IHOP critic cautions:

You don’t have to be around the IHOP movement very long before you are exposed to a large glossary of insider terms and phrases…. A cautionary red light should go on whenever we discover any church or Christian movement creating, and extensively using, their own exclusive language.… This becomes especially disconcerting when most inside a Christian movement begin to “talk alike” and parrot the same terms and phrases in their prayers and songs….[22]