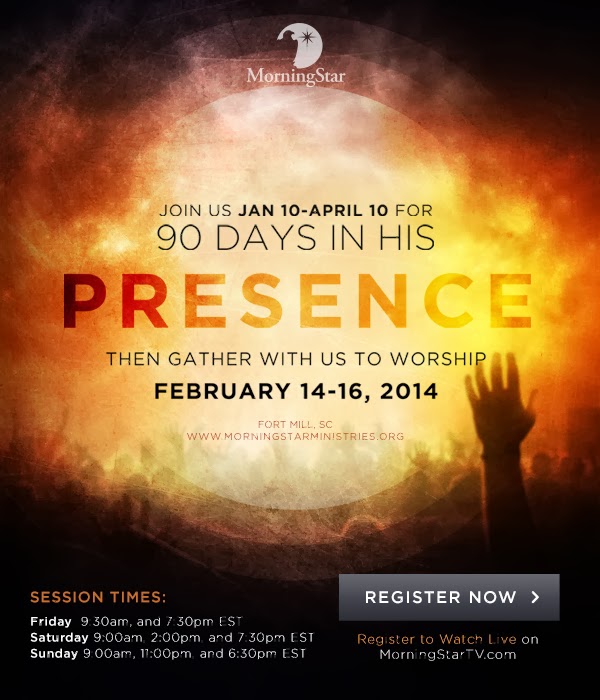 This is the second in a series of research articles via Herescope’s Sarah Leslie and her team at Discernment Research Group  on the strange “presence” teachings of Pastor Mike Bickle at the International House of Prayer (IHOP) in Kansas City. Be sure to check out Part I, and Part III.

By Sarah Leslie           Reprinted with permission from HERESCOPE

The Coming Spirit “Presence”
What does the word “Presence” mean to the New Apostolic Reformation (NAR) and International House Of Prayer (IHOP) teachers? There is unique eschatological significance to their use of the word “presence” and its companion term “glory.” These two movements, increasingly popular in the evangelical world, are teaching a different eschatology. This eschatology is the engine that drives the entire IHOP youth movement, and it accounts for many of the strange activities of the NAR. Because many evangelical leaders are now openly associating with the IHOP and NAR, it becomes necessary to more fully explain their aberrant doctrines.[4]
In brief, IHOP/NAR leaders hold to the old Manifest Sons of God/Latter Rain cult[5] teachings that “Christ must come TO His Church before He comes FOR His Church.”[6] They believe there will be a separate “Spirit” or “Presence” infilling in the last days, evidenced with many signs and wonders. They say their passionate worship will invoke a “Presence” which will “energize the church with new power and demolish the works of Satan.”[7] This Spirit of Christ (i.e., the “Presence”) will come first to indwell the church before Jesus’ Second Coming. Thus there is a doctrine of a two-phased or progressive Second Coming.
NAR and IHOP leaders teach that there will be an “increasing” return of this Spirit/”Presence” which will release a special “glory” anointing on the church to equip the powerful mobilization of an endtime “Joel’s Army”[8] to take dominion[9] over the earth. There is considerable evidence that they believe that the Bride of Christ will actually become Christ, Who thus returns in the Bride’s fleshly bodies. Dr. Orrel Steinkamp, who has researched this eschatology for the past several decades, asserts that these teachers are not emphasizing the literal physical return of Christ Jesus:

The Glory, in the Latter Rain understanding, is the visible manifestation of the Spirit… [D]eceived Christians are being led to expect a manifested spirit and not the visible return of the Lord Jesus. I believe the way we are headed is into teaching about the return of the `lord` to his church, in glory, before (or perhaps even instead of?) the physical return of Jesus.[10][all emphasis added]

There is a direct historical lineage of this eschatology. It originated in the old Latter Rain/Manifest Sons of God cult[11] that taught a prior “Secret Coming for the Elite” before the 2nd Coming:

The neo-Gnostic believes the manifestation of the Sons of God comes about in a secret inner coming of Christ TO some Christians which would transform them into “Overcomers.” [George Warnock wrote] “Christ should visit the saints . . . and minister His life ‘in secret’ before He is openly manifest.” In doing this they reject the literal Resurrection and Rapture (the personal coming of Jesus Christ FOR His Church). It is interesting to note they will acknowledge Christ is coming, but His coming is off in the future. The emphasis is not on Christ’s soon appearance but on the great “power” or “new anointing” that is to be manifest in the Church.[12][bold added, italics in original]

This eschatology is not classic Postmillenialism, nor is it the familiar teaching about the Rapture. In fact, it is essentially a form of Gnosticism.[13] Some of the teachers deny that Jesus Christ returns in the flesh at all (contra 1John 4:3, 2John 1:7). Others teach that the church will become Christ, incarnating Him in the flesh to rule and reign on earth. Some teach a murky middle ground that seems to say that the 2nd Coming will only occur after Jesus has first appeared to “inhabit” His church on earth with His “Spirit” (i.e., Jesus’s secret returning as a Christ “Spirit” or “Presence”).
This alleged event is sometimes referred to as a Second Pentecost.[14] The Second Pentecost is said to be a special secondary “outpouring” of the Spirit in response to the church’s obedience in the “restoration” of the “offices” of apostle and prophet to govern the church, a teaching also emphasized by C. Peter Wagner and his New Apostolic Reformation adherents.[15] Then will come an endtime allegorical “Feast of Tabernacles,” a recurrent theme amongst all who teach this eschatology:

The First Pentecost caused believers to be “clothed with power from on high”. The Second Pentecost is about the incarnation of Christ into His Body…. This is what Latter Rain teachers said we must expect in the final outpouring of the Church age![16][emphasis added]
Old Testament scriptures are spiritualized to see birthing as the return of the ark to the temple, that is the coming of Christ invisibly into His living temple the church. This will occur when the Feast of Tabernacles is fulfilled which celebrates the Lord dwelling among His people. “When this happens, no longer will it be the Head (Jesus Christ) in heaven and the body (believers) on earth – but one Perfect Man filling both heaven and earth.”[17][bold and italic added, underline in original]

The belief that Jesus Christ will first come as a “Spirit” or “Presence” alters foundational doctrines about Christ and the Trinity (Rom.1:3-4).[18] It ignores (or discounts) that Jesus is coming again in His resurrected body (Rev. 1:7; Heb. 9:27, etc.). It is not unlike Docetism, a heresy in the early church that denied that Jesus Christ came the first time in the flesh. Pastor Anton Bosch informs us that this “is also a popular device used by cults and others that have set dates for His return and then when He did not return on that date the response is that He returned ‘in Spirit.’”[19]
What does it mean when these teachers say that Jesus secretly or invisibly returns first as a “Spirit” or “Presence”? They think that the Church (the Body, the Bride) becomes inhabited by this “Spirit”/”Presence” to the point of actually becoming Christ on earth. Note: This isn’t talking about the indwelling Holy Spirit in the life of an individual believer. Rather, they believe in a separate “filling” by a coming “Presence” that results in a corporate “God-man” or “Perfect Man.” Hence their misapplication of the phrase “manifestation of the sons of God” from Romans 8:19. One critic has summarized this theology:

In MSOG teaching this scripture is taken to mean a powerful endtimes revelation of believers as glorified, transformed and perfected, and possessed by Christ to such a degree that they become One with him and become a living corporate Son of God on the earth, ruling with him. This will be accomplished by the descent of “the glory” in a final overwhelming event that will transfigure all those who receive it. (Other less heretical versions have this event as a progression into spiritual perfection and holiness in the endtimes.)[20][emphasis added]

This faulty scenario discounts the risen Jesus Christ our Savior, the Son of God, sitting on the right hand of the Father (Acts 7:55-56; Heb. 1:3; 12:18, etc.). Instead, their “God-man” is the “manifest sons of God” – a corporate body (the “Bride”) manifesting itself as Christ in the flesh here on earth. Due to these fundamental errors many scriptures are misapplied to the church that pertain to Jesus Christ alone.
Latter Rain teachers emphasize this “Bride” will become the flesh of Christ incarnate on earth; that this Corporate Bride will become filled or inhabited with the “fulness” of this “Spirit” of Christ, a “Presence.” This indwelling “Presence” is thus said to equip the Corporate Bride to walk out (literally) the judgments of the book of Revelation—as Christ’s incarnate body—and she is charged with the mandate to subdue the earth and put all things under His feet.[21] Thus many Scriptures that pertain only to Jesus in the book of Revelation, are misapplied to the Bride as her duties and responsibilities. There are many variations on this theme, and many teachers contradict their own statements.[22] But this is the belief that forms the foundation for the extreme Dominionism that is being taught.
There is actually quite a bit of confusion in IHOP and NAR documents about the “Spirit of Jesus” and the “Holy Spirit.” When they talk about the “Spirit” they often mean this secondary “Presence” that they are trying to invoke by their 24/7 prayers. Ironically, they downplay the actual Holy Spirit—especially His indwelling presence already promised to believers.[23] Instead they insist that their followers must perform all sorts of extrabiblical exotic rituals, frenzied antics, pronounced decrees and shouting declarations in order to summon more of the “Presence” of this “Spirit.”
Their “Spirit” is not the Holy Spirit.[24] And Jesus Christ is not returning as a “Spirit.” As Dr. Steinkamp has astutely observed:

Jesus has not become the Holy Spirit. It is rather the Holy Spirit who indwells the believer. The Resurrected Jesus is at the Father’s right hand and in His glorified resurrected body He will return bodily to the earth. Obviously an indwelling spirit would not need to return from heaven. It is on this basis that some Dominion teachers assert that Jesus can be an on-going incarnation of God in His body (church) upon the earth. Consequently scriptures pertaining to Christ’s ruling on earth are often seen as referring the Church rather than Jesus….[25]

The old Latter Rain/MSOG teachers used their own unique terminology to describe their unorthodox views. Likewise, the IHOP/NAR has its own special “in-house” (pun intended) language. It can be very difficult for the “uninitiated” to wade through their gilded spiritual-speak. Nevertheless, once one understands the complex verbiage, it becomes clear that the original heresies about the “Manifest Sons of God” have been modernized for popular consumption.
The History of “Presence” Eschatology
It all began in 1951 when George Warnock, who had been at the Latter Rain Sharon Camp Meetings in Canada and who had been the personal secretary of Ern Baxter (an associate of William Branham’s[26] ministry), took up residence at the Sharon Orphanage and School doing office work. He then proceeded to write a book titled The Feast of Tabernacles, which is “based on an allegorical interpretation of the feasts of Israel that has the Feast of Tabernacles standing for a glorious end-times church that would arise before Christ can return.”[27] In this book he laid out a systematic doctrine for this movement calling itself the New Order of the Latter Rain.