Who is Peter Drucker, and what did he do with our church?

The Post-Modern church is shaped around what has become the “business” of doing Church. The focus is on growing the numbers, defining the brand and making the customers happy, rather than focusing on feeding the sheep or equipping the saints to bring the Good News of the Gospel to those who don’t know Him.

Stand Up For The Truth is a radio and online ministry that covers news of the day, trends in the church and theological issues that Christians deal with and talk about every day, and we give you a place to be educated, equipped and connected to help you discern along the way. But most importantly, we point you to Christ Jesus as our Savior, and His Word – the Scriptures, as the truth that you can depend on. In fact, you should filter everything you read, hear and consume as a believer – including what you find on this program – through the Scriptures to see if it lines up.

What many of us don’t realize is that the Seeker-Driven model and the Emerging Church is a product created by and promoted by the “Druckerites,” or those who have been personally mentored and inspired by the late business guru Peter Drucker. Who is Peter Drucker? Today we’re going to talk about him and his influence on today’s visible church – and by the way just about every church has been touched and shaped in some way by Peter Drucker.

Joining us today is Mary Danielsen, a researcher and frequent guest on our program.  You can find her reports on the high-tech influences used by world governments to keep tabs on its citizens. She shares this on her The Things to Come blog. Mary is also launching a new ministry feature here on our radio station called the 2-Minute Warning.

Who is Peter Drucker and who are the “Druckerites?”

Three key players are carrying forth Peter Drucker’s legacy:  Rick Warren, Bob Buford and Bill Hybels, who all studied extensively under their friend, Peter Drucker, and are considered the Druckerite “trinity.” These three men more than any others are responsible for innovating the church by purposely changing congregations from a pastoral ministry model to a CEO / Innovative Change Agent leadership model.

What’s more, all of these innovations were strategically crafted under the careful eye of Peter Drucker himself. And all of these innovations were incubated, introduced and injected into the church through the coordinated efforts of Drucker’s disciples through their different but intimately connected organizations; Leadership Network, the Purpose Driven Network and theWillow Creek Association.

In a 1989 interview with Peter Drucker in this article titled, Managing To Minister, Drucker explains how he was influential in the successful reorganizing of major businesses like General Motors and Sears as well as governmental agencies like the Department of Defense, before turning his attention to what he called the “Third Sector:” nonprofit, human services organizations and churches.

By 1994 Drucker was the main attraction at a special Summit on “The Futures of Denominations.” The groundbreaking event was part of the Leadership Network (birthed by Bob Buford), which convened over 75 denominational leaders, senior ministers, consultants, and others in Ontario, California.  The summit was a game changer for the Church as we now know it, as Drucker’s telling comments reveal:  “Let us change the way we look at the Protestant church in America as a result of the meeting. While acknowledging that there are still many unhealthy churches, there is a justified “change in basic premises, basic attitudes, basic mind set… on the whole, we are on the march. We are not on the retreat.” 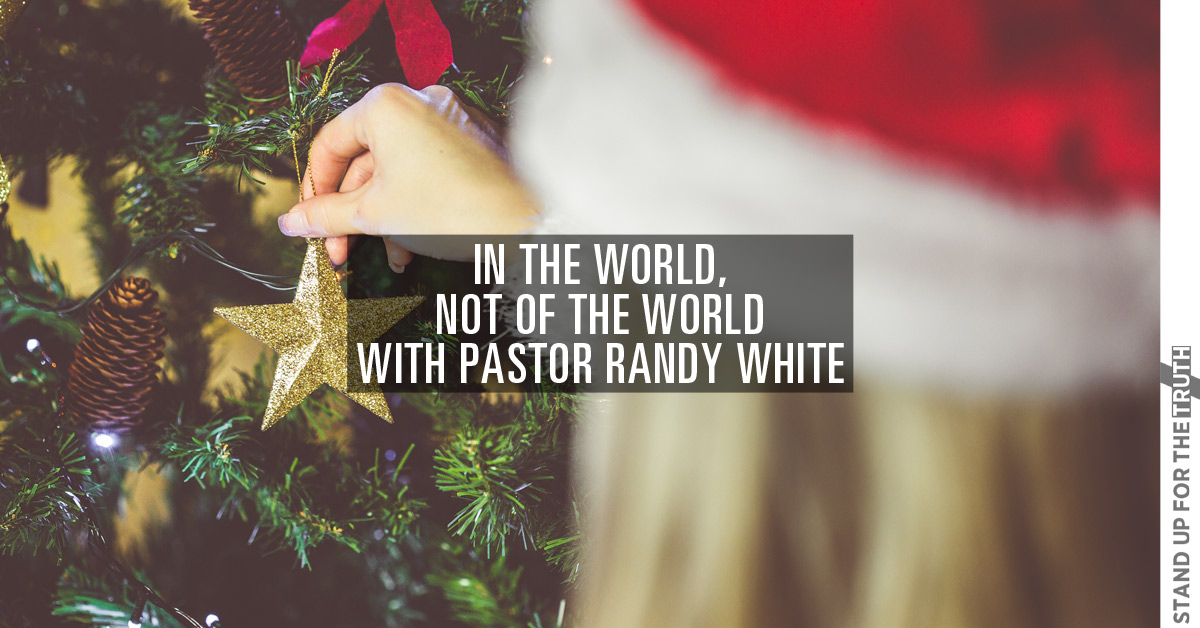 In the World, But Not of the World

How we’ve blotted out God

Is Religious Freedom on Life Support in the U.S.?