Pointing to the cross 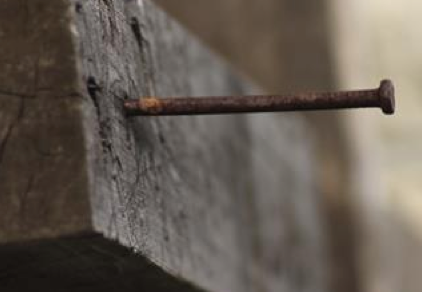 Today on this Good Friday we are going to reflect on what Christ did for us, and we know there is an internet trend brewing right now that questions whether Good Friday is the actual day that Jesus died for our sins.  In fact, some Christians are even scolding anyone who even mentions the words Good Friday or Easter because they are Rabbinical Scholars – er, internet researchers – who are convinced that suddenly, more than 2,000 years after Jesus’ death and resurrection, they’ve got the truth newly discovered in 2014. I would simply caution us to not get wrapped up in the “which-day” controversy, lest we fail to remember what we ought not to forget.

First up, did you know that the Book of Genesis actually points to the cross? Our guest today is from  Answers in Genesis, one of the largest apologetics ministries in the world, headquartered in Petersberg, Kentucky, along with its Creation Museum.  Tim Chaffey is one of AIG’s researchers and content manager at the Ark Encounter project, and has just released a new book on the Resurrection called In Defense of Easter: Answering Critical Challenges to the Resurrection of Jesus. Tim is also a cancer survivor and has authored/co-authored several books, including Old-Earth Creationism on Trial, God and Cancer, and The Truth Chronicles series.  You can check out Tim’s latest publications on his Midwest Apologetics site.
Tim is also a die-hard “Cheesehead,” having grown up in the Green Bay area and graduating from Bay Port.
Answers…with Ken Ham, a daily radio feature heard on over 500 stations worldwide, along with AiG’s popular and award-winning Answers Magazine are both great resources for your research.