When in the world would a recently-drafted NFL player have time for a regular OWN network television program?  Yes, I am a skeptic. Or I was.  At first I thought this was a prank, but source after source says it’s really happening, and now Oprah herself has confirmed it: 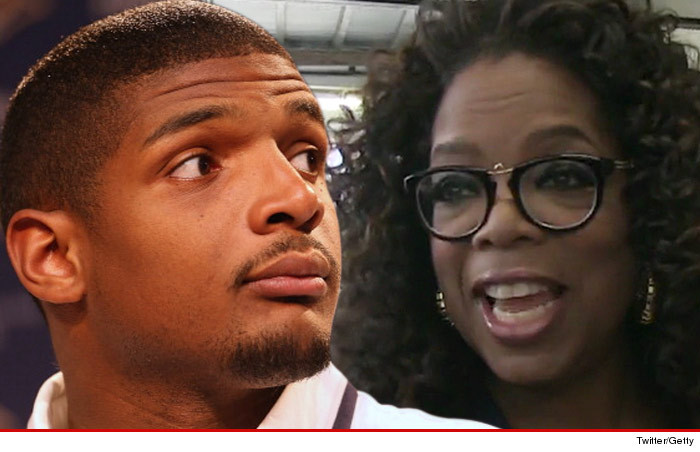 Michael Sam is getting the Lindsay Lohan treatment … as in, the openly gay football player is getting his own reality show on Oprah‘s TV network … reps at OWN confirm.

The show — produced by the same people who did Lindsay’s show — will chronicle Sam’s journey into the NFL … and we’re told Sam has already been taping the show for weeks.

In fact, we’re told Oprah’s crew was in the room when Sam learned he had been drafted by the St. Louis Rams … and clearly knew his big celebratory kiss with his BF would make for great reality television.

Oprah issued a statement saying, “We are honored that Michael is trusting us with his private journey in this moment that has not only made history but will shape it forever.”

Unclear when the series is set to debut — or how the Rams feel about the situation.

What a distraction.  I guess we can add Sam to the growing list of spiritualists Oprah regularly features, like Rick Warren, Rob Bell, Joel Osteen, T.D. Jakes, a mystical witch, Chopraand more.

The Great Deception of Media, Public Education and Fake Christianity