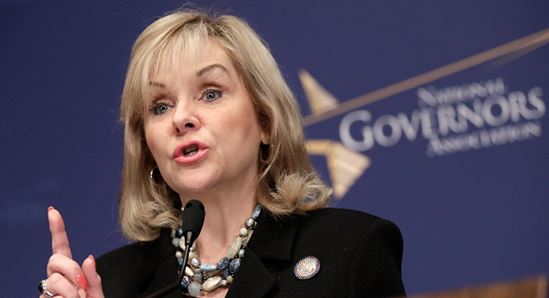 In a much-anticipated decision Thursday, Fallin, a Republican, signed legislation repealing the standards Thursday afternoon. She said Oklahoma has the ability to develop superior standards and federal meddling in advocating for the standards drove her decision.

It’s about time someone did. One down… Read more here: