“When one considers that Rick Warren, Bill Hybels, Bob Roberts Jr., Shane Claiborne and Ed Stetzer are helping to mainstream rapprochement with Islam (my view of the situation), it follows that those they mentor are doing likewise.”

The following is posted by Jim Fletcher over at Rapture Ready:

In a recent editorial in Commentary, the publication’s staff analyzed the shootings by Islamist terrorists in Paris. It was noted:

“This is largely the result of failing to confront the extreme ideology of Islam, specifically, jihad.”

Everywhere in the West, weak-kneed leaders are bowing to the barbaric ideology of Islam, compromising with the murderous agenda in hopes “they don’t come for us.”

As regular readers of this column are well aware, I believe a key source for this brand of appeasement comes from religious leaders including — incredibly — evangelical bigwigs.

When one considers that Rick Warren, Bill Hybels, Bob Roberts Jr., Shane Claiborne and Ed Stetzer are helping to mainstream rapprochement with Islam (my view of the situation), it follows that those they mentor are doing likewise. This includes a new phenomenon: embracing the Palestinian narrative, which is a story concocted largely by the Palestine Liberation Organization (PLO).

Consider the case of Eugene Cho. A young, progressive pastor of a Seattle church, Cho’s bio for the upcoming June “Justice Conference” explains who he is (in part):

“Eugene Cho is the founder and Lead Pastor of Quest Church – an urban, multi-cultural and multi-generational church in Seattle, Washington – as well as founder/visionary of One Day’s Wages (ODW) – a grassroots movement of people, stories, and actions to alleviate extreme global poverty.

The bio also introduces him as a “visionary.” Okay. Look, these guys (and girls) are nothing if not struck on their own supposed brilliance. It is part of their odd brand of humility and hubris.

For our purposes, you need to know that Cho runs in anti-Israel circles, and if you have a child or grandchild in the evangelical community, chances are he or she has been exposed to the progressive community Cho helps headline.

That is bad news for pro Israel folks.

In 2008, Cho was already telegraphing his views on Israel/”Palestine.” In a blog post, he introduced a friend, whose presentation of falsehoods about the Arab-Israeli conflict stem either from ignorance or maliciousness. Below is Cho’s introduction to this retelling of history, followed by his friend Cyra’s strange stew of revisionist history:

“one perspective on israel and palestine

“Like many of you, I have been following the recent escalation of tension and Israel’s ‘all our [sic] war’ on Gaza with much sadness, frustration, and prayer. As a usual sympathizer with Israel for various reasons, I have been appalled at the current assault and the lack of strong condemnation by the U.S. leaders including both the current president and president elect.

“The issues are immensely complex and Hamas had ‘something coming’ [in my opinion] but the fallout on this ‘all-out assault’ will only escalate to more deaths – on both sides and on both sides of the ocean. As you’re reading up on news wherever you are, also check out these additional news sources: BBC News and Al Jazeera.

“I’m currently on vacation so I don’t have time to write more but I do want to ‘share’ couple posts by others – today and tomorrow to engage your thoughts. This is a note that one of our church folks, Cyra, wrote and I thought it was worth sharing [with her permission].”

An aside: if Cho is getting his “news” from the BBC and Al-Jazeera, I’m at a loss for words.

[What follows is Cyra’s version of reality; note: portions are reprinted below; for the entire diatribe, see http://eugenecho.com/2008/12/30/one-perspective-on-israel-and-palestine/]:

“I’m no blogger, but Matt’s at work, and he’s sick of listening to me vent about Israel and Palestine anyway.

“One of the hardest parts of growing up, I think, is learning that some of the things you were taught as a child are just wrong. Fortunately for me, as my worldview has shifted, so has my parents’, so we are able to agree that some of the things they taught me were wrong. One example is the relationship between Israel and Palestine.

“As a child, all I ever heard about Israel and Palestine was that Israel is constantly under attack and that as Christians it is our duty to support Israel (since the Jews are God’s chosen people) and encourage our government to do the same. I heard this at home, but mostly I heard this at the various churches I attended. Just writing this, I can feel anger swelling up inside me toward all the people who propagated this lie, until I remind myself that many of those people, my parents included, were simply unaware of the truth of the situation and had been lied to themselves.”

Notice that first, Cho claims to support Israel for “various reasons,” and next, Cyra says she also grew up with this view. First of all, I flat-out don’t believe Cho has been any kind of supporter of Israel, for various reasons or any other reason. What this does is provide cover for a progressive to appear to be a thoughtful thinker, moving from crude dogma to a more reasoned and humanitarian stance.

Does that make sense? It is classic leftist jargon, designed to insulate the writer or speaker from the obvious, in this case: he’s never liked the Jewish state.

Next, we find Cyra’s false narrative, very short on context and in some cases, loaded with outright fabrications. Read Cyra’s thoughts in more detail:

“So this was the plan: two separate countries. Israel, though, started moving into the West Bank and creating ‘settlements’, which has been the onus for much of the current strife between the two people groups. Jews are paid to move into the West Bank, Palestinians retaliate against the occupation, and then the Israeli government ‘defends’ itself by building walls all through the West Bank, cutting off routes between Palestinian cities, and randomly bulldozing Palestinian houses.”

Cyra (and Cho) are lying to their audience. The plan was, yes, two separate states, but the Arabs of Palestine rejected UN Resolution 181, in 1947, that would have created those two states then and there. When Israel declared its independence six months later, five Arab armies invaded the next day.

Next, Cyra claims that the Jews simply began building “settlements.” False. No Israeli communities were established until nearly 30 years after the 1948 War of Independence, and almost a decade after the Six-Day War. Notice what Cyra says next:

“These are the documented historical facts. Then, I learn about events like Israel’s current bombing campaign in Gaza, and I literally get sick to my stomach. The Gaza strip is 139 sq. miles, with a population of roughly 1.4 million Palestinians. That’s a population density of roughly 10,000/sq. mi. The strip is surround by a wall, controlled by Israel on the east and north, and Egypt on the south, and the Mediterranean sea (which has Israeli gunboats patrolling just off shore). So where can the civilians go when the bombs start dropping? Nowhere. They are sitting ducks. Of course, Israel claims to only be aiming at Hamas targets (recognized by the US as a terrorist group, recognized by the Palestinians as their democratically elected leaders), but with 10,000 people packed into every square mile, there are bound to be some civilian casualties – currently 62 women and children according to the UN, with an unknown number of civilian men – totaling 320 Palestinian casualties and 1400 injured.”

Aside from validating the Palestinian vote to elect the murderous Hamas leadership, Cyra makes it sound as if Israel just decided one day to hold training exercises by lobbing artillery at women and children. That of course is false, and in fact, Israel’s surgical strikes kept civilian casualties to a minimum, even in the face of the well-documented Hamas strategy of hiding behind women and children in hospitals and schools. None of this exists in Cyra’s world, or Cho’s.

Next, notice how Cyra sanctions the murder of Jews, for the immoral (and factually untrue) reason that Palestinians are simply frustrated:

“This current bombing campaign is in response to Hamas rockets being propelled over the wall into Israel. I do not, at all, excuse Palestinian violence, and I feel as deeply for the Israelis who loose their lives due to suicide bombings and rocket launchings, but I sympathize for the Palestinian’s feeling of desperation. When you have been pushed off your land, your refugees have not been allowed to return home, the land you had been given is being occupied, UN resolution after UN resolution created on your behalf has been flagrantly disregarded, and your oppressors are backed by the most powerful country in the world, what other choices do you have?”

This view is false. From the Gaza pullout in 2005, to the 20-year dance with the failed Oslo model, Israel has time and again shown the hand of peace to the Palestinians, who work day and night to blow that hand off the arm of its owner. Often, literally.

One struggles to understand if young progressives like Eugene Cho and his friend, Cyra, really believe this stuff, or if it is just convenient cover for their anti-Israel animus.

You need to understand that the evangelical world in America is loaded with such feeling. It is being fostered and nourished by older leaders like Warren and Hybels, who are mentoring the generation that will turn American Christianity into a global spirituality.

For those who claim I’m out to lunch and a doom-and-gloomer, check the facts. Pay attention to the conferences. Read the literature. Notice what leaders are saying and doing.

Eugene Cho is a fixture in this community. And only one of many.

A Victory for Religious Freedom 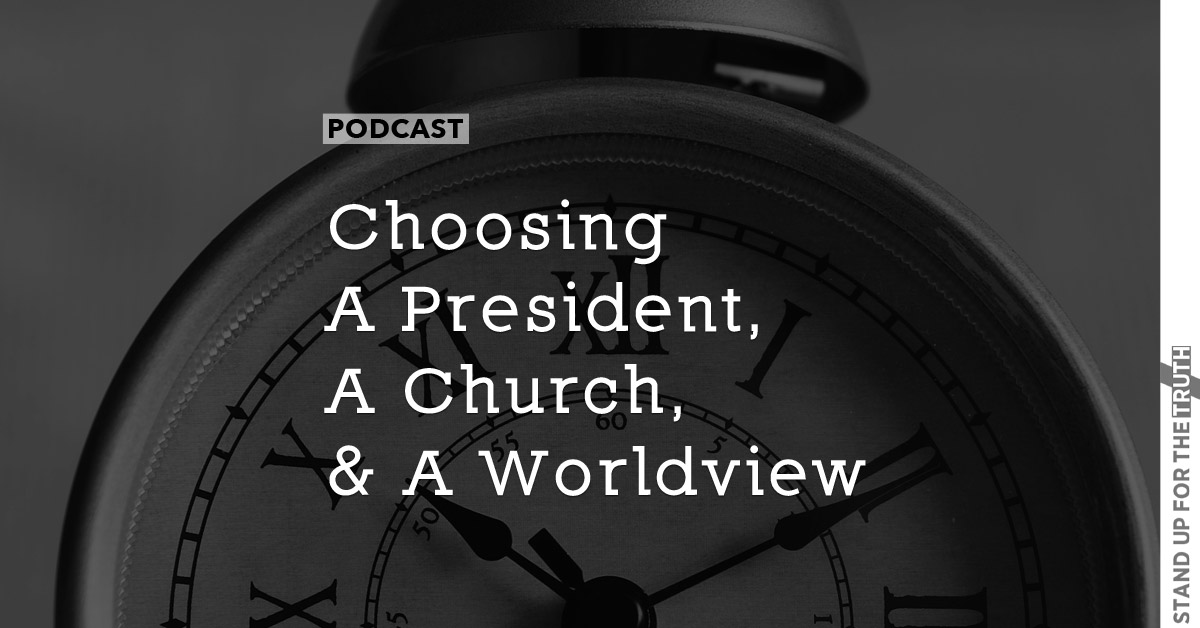 Choosing a President, a Church, and a Worldview 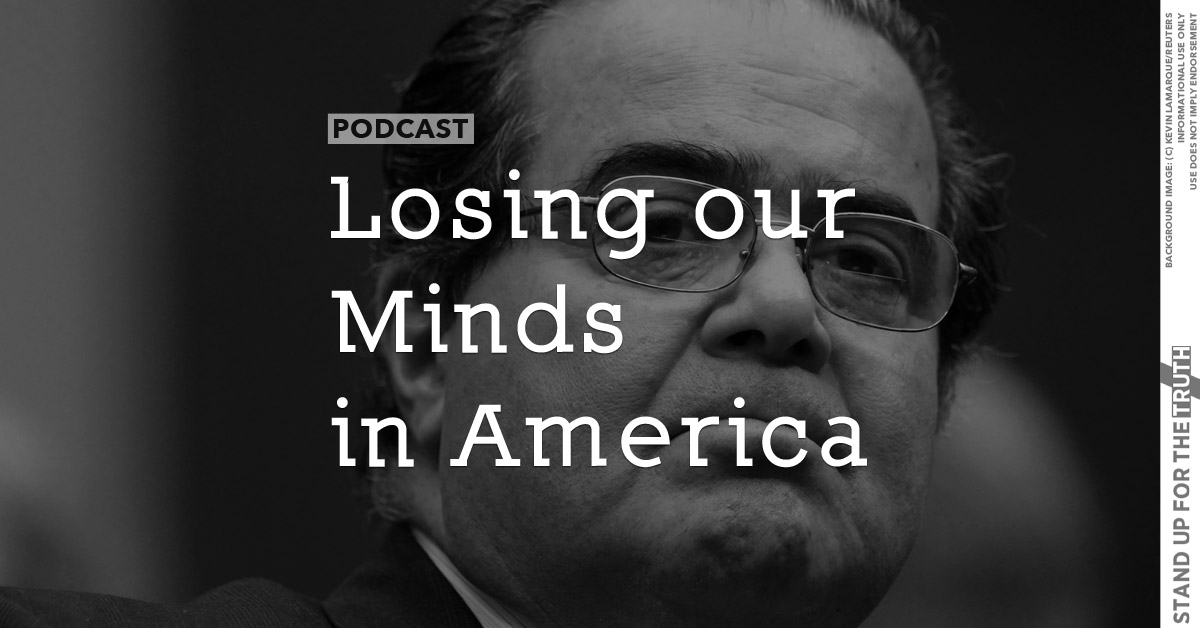 Losing our Minds in America