Are We Becoming Afraid to Teach the Truth? 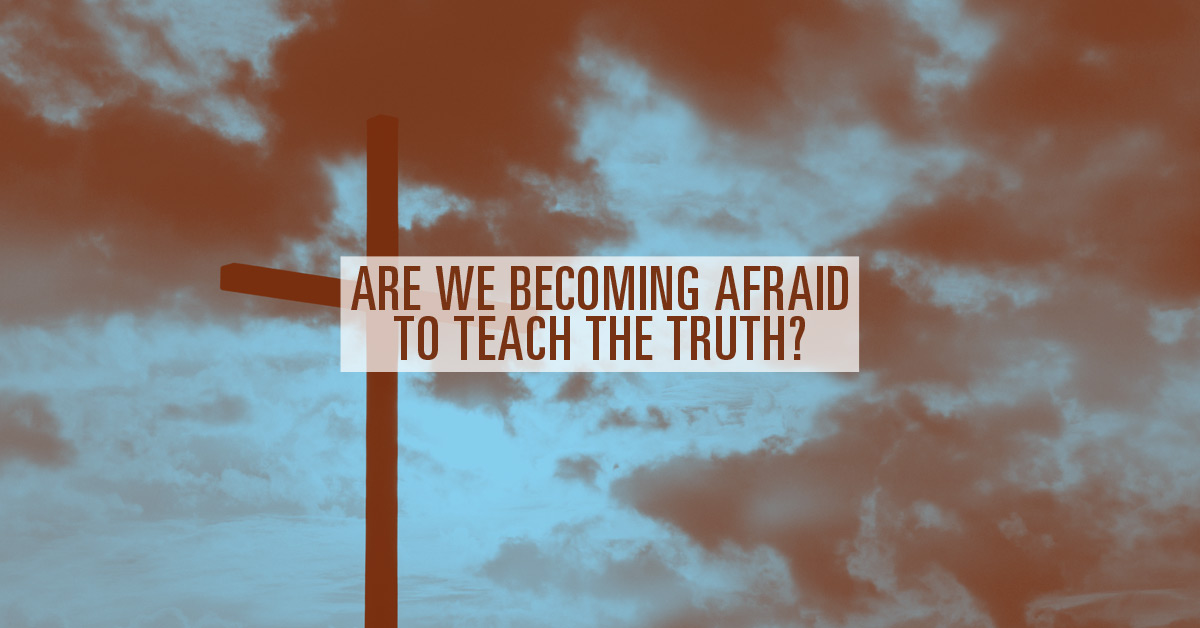 When we look back over the last few decades, it seems we are seeing a completely different America – that is, for those of us who are paying attention.  Who would have thought a few years back that we would see a full frontal assault on Biblical Christianity in America–a land established under Judeo-Christian law and principles? Life, marriage, socialism, and environmentalism, are just a few pressing battles.

But that is exactly what is happening.  Secular humanists have chipped away at the fabric of our nation’s laws and the professing church itself.  And bolstered by a horrific decision by the Supreme Court in June redefining marriage, Christians are back on our heels as an emboldened army of secular humanists seek to press their advantage and diminish the Church in America.

Really, this shouldn’t be a surprise.  But what is surprising to many believers is the weak response of many Christian leaders and churches as the radical homosexual lobby wages all out war on the truth of God and His Word.

This morning we spoke with syndicated columnist and radio talk show host Linda Harvey, author of the book, Maybe He’s Not Gay: Another View of Homosexuality. Her ministry–Mission America–boldly shares the realities facing us and challenges Christians and our leaders to join the battle rather that sitting on the sidelines.

Linda Harvey and others fighting the good fight have had death threats and live with constant opposition. This is a good reminder to pray for those on the front lines and at the same time, encourage more Christians to get involved and speak up by preaching the gospel and raising awareness of what the Bible teaches on these issues!

If you missed this one last week, Creflo Dollar tweeted:

Jesus bled and died for us so that we can lay claim to the promise of financial prosperity.  #ProsperityinChrist #WealthyLiving #AbundantLife

13 But I said, “Alas, Sovereign Lord! The prophets keep telling them, ‘You will not see the sword or suffer famine. Indeed, I will give you lasting peace in this place.’”

14 Then the Lord said to me, “The prophets are prophesying lies in my name. I have not sent them or appointed them or spoken to them. They are prophesying to you false visions, divinations, idolatries and the delusions of their own minds. 15 Therefore this is what the Lord says about the prophets who are prophesying in my name: I did not send them, yet they are saying, ‘No sword or famine will touch this land.’ Those same prophets will perish by sword and famine. 16 And the people they are prophesying to will be thrown out into the streets of Jerusalem because of the famine and sword. There will be no one to bury them, their wives, their sons and their daughters. I will pour out on them the calamity they deserve.

What kind of Justice?

The Mormon version of “Holy, Holy, Holy” is missing something