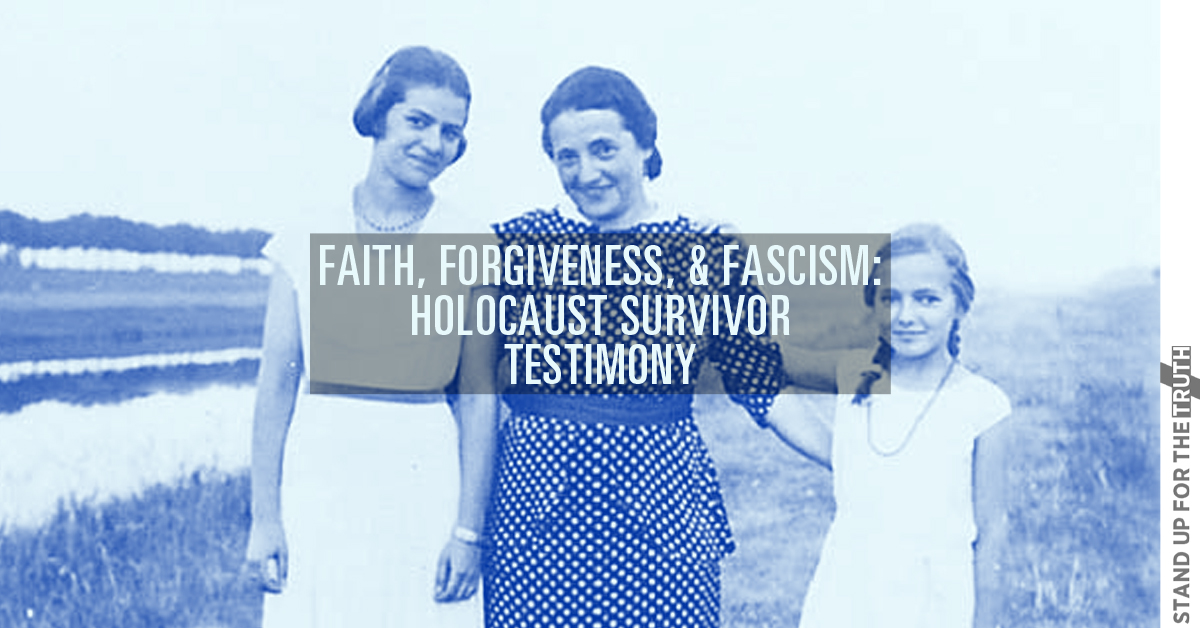 There’s a saying that what we don’t learn from history we are destined to repeat. Most of us are too young to personally remember the horror of Nazi Germany and The Holocaust while many schools today no longer teach about this tragic history. How could such an advanced, educated, industrialized, and religious people allow a man and a movement to takeover their nation and do things that most would consider unthinkable? Anita Dittman came to the U.S. with her mother as refugees in 1946 after enduring 13 years of persecution under Adolf Hitler and his Nazi regime. Colleen Harrison/Albert Lea Tribune

After the uncertain times of WWI, many German people longed for the ‘good old days’ and a man came on the scene promising hope and change. They thought Hitler was the one to lead them to revival as he spoke of national pride and prosperity, but government quickly became their god.
Christian pastors were lied to, intimidated, and forced to conform to the state. Bibles, crosses, and religious instruction were removed from schools and replaced with Nazi indoctrination and propaganda. Six million Jews were rounded up, worked to death, gassed or slaughtered; Fifty million dead in a second World War to bring in a “New Order.”

Today we are blessed with the opportunity to hear first hand from one who not only remembers, but lived through Hitler’s hell. Holocaust survivor, Anita Dittman, shares her story and testimony with us. A child ballerina star, once Hitler came to power she was banned from performing because she was Jewish. Dittman tells about her family’s struggle going from living in luxury to sudden poverty; relatives disappearing, forced labor; a nurse who tried to kill her and how God miraculously spared her from rape and saved Anita’s life so she could witness to the Nazi nurse!
We also take a brief but sobering look at the very real possibility that a power-hungry, godless government in America is ushering in another kind of era in which Bible believing Christians may be silenced and singled out; sued, rounded up, and imprisoned or killed. Anita Dittman and others who went through the horrors of the holocaust have been voicing their concerns about socialism being implemented today with little resistance. Government is rapidly expanding as our freedoms continue to be threatened. It is naive to think it could never happen in America. Some suggest there are plenty of warning signs today that parallel Germany in the 1930’s. One difference is when Hitler became Chancellor of Germany, nationalized healthcare was already in place. Are we failing to learn from history?
At eighty-eight years old, Ms. Dittman shares part of her testimony and we marvel at the raw emotion in her voice and vivid images she describes as we hear about God’s forgiveness and His love. We also discuss the increasing persecution of Christians and Jews around the world, and how the lives of martyrs such as Dietrich Bonhoeffer (“Silence in the face of evil is itself evil…”) continue inspiring others to speak up for the righteousness of God and stand against evil.
One of Dittman’s favorite quotes:

Safety is not the absence of danger, but the presence of God.

Referenced:
And they overcame him because of the blood of the Lamb and because of the word of their testimony, and they did not love their life even when faced with death. Revelation 12:11
“You have heard that it was said, ‘You shall love your neighbor and hate your enemy.’ But I say to you, love your enemies and pray for those who persecute you, so that you may be sons of your Father who is in heaven; for He causes His sun to rise on the evil and the good, and sends rain on the righteous and the unrighteous. Matthew 5:43-45
Acts 7:58-60 (scroll over to read)