Explaining the Paris Tragedy to our Children 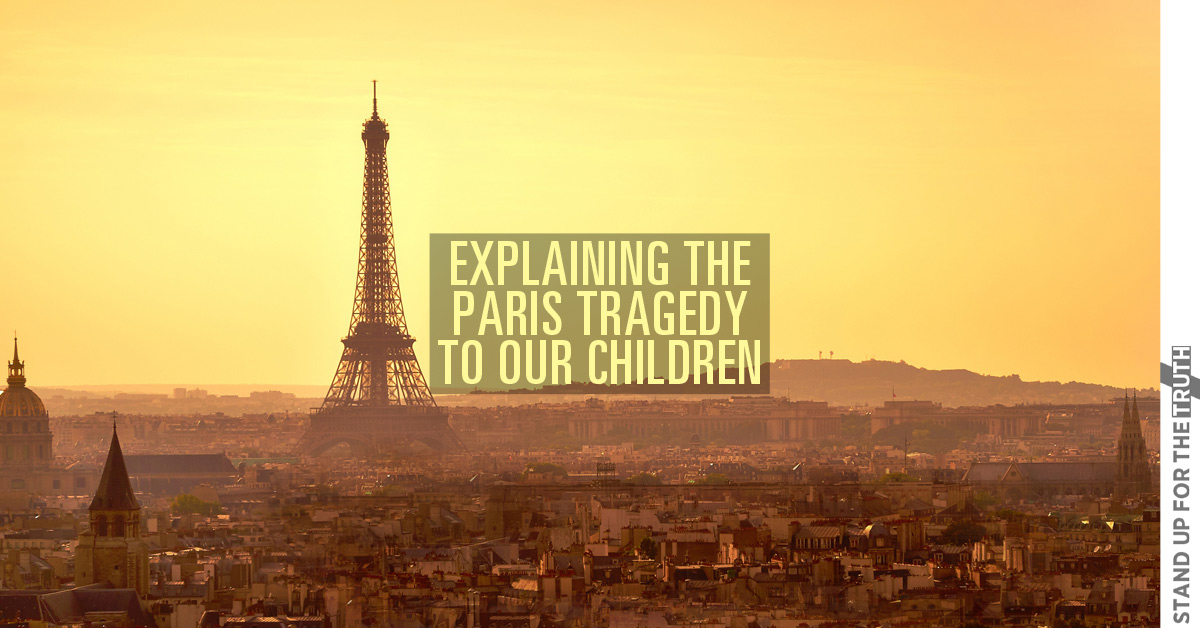 Our nation, and the Church in America, obviously learned little from the horrendous attack by Muslim terrorists that rocked our nation on 9/11/2001.   Islam is still called a religion of “peace and tolerance” by our government and media; and the Church is often failing to distinguish between the lies of an anti-christ religion (Islam) and biblical Christianity.
Now here we are 14 years later–and Muslim terrorists butcher 139 people in Paris.  How many sad events like this will it take until we have an honest discussion about Islam and how we should respond as Christians?
Today we ask how we can explain the senseless killings in Paris to our children in a way that will strengthen their faith as Christians and prepare them for a world where things like this are becoming the “new normal”.

In the first half-hour, we are joined by Jay Seegert as we explore why many youth who were raised in the church are turning their backs on the Bible and the truth of Jesus Christ in His Word.  How can we as adults and leaders have an open, honest, productive discussion with our young people about religion, faith and the world they are inheriting?
Scriptures:
“The heart is more deceitful than all else
And is desperately sick;
Who can understand it?
“I, the Lord, search the heart,
I test the mind,
Even to give to each man according to his ways,
According to the results of his deeds. Jeremiah 17:9-10

Beloved, do not believe every spirit, but test the spirits to see whether they are from God, because many false prophets have gone out into the world. By this you know the Spirit of God: every spirit that confesses that Jesus Christ has come in the flesh is from God; and every spirit that does not confess Jesus is not from God; this is the spirit of the Antichrist, of which you have heard that it is coming, and now it is already in the world. 1 John 4:1-3