Speaking at the Islamic Society of Baltimore the day before the National Prayer Breakfast, President Obama again sent an ideological message in need of fact-checking to Americans as he called for tolerance toward Muslims and unity of all faiths.

Obama’s visit to the U.S. mosque was controversial because its former imam, Mohamad Adam el-Sheikh, was accused of terrorist connections and the mosque is a Muslim site with deep ties to extremist elements, including the Muslim Brotherhood. El-Sheikh formed a group whose parent organization provided funds to Osama bin Laden, al-Qaeda, Hamas and other terrorist organizations according to the U.S. Treasury Department.

For those who are informed and understand the president’s worldview, nothing he said was surprising. He thanked “Muslim-Americans” for helping to build this country (you read that right), said Islam is not to blame for terrorist attacks, and added, “We are one American family…”

For more than a thousand years people have been drawn to Islam’s message of peace. And the very word itself, Islam, comes from “salaam”–peace. The standard greeting is “salaam alaikum”–peace be upon you. And like so many faiths, Islam is rooted in a commitment to compassion and mercy and justice and charity. Whoever wants to enter paradise, the Prophet Mohammad taught, let him treat people the way he would love to be treated.

First, most of us understand the word “Islam” means submission. Islam promotes conquest and surrender; Muslims are to submit to Allah and all others must convert or face consequences. Also, some have been drawn to ISIS – not because Islam is a message of peace, but because they get to kill “infidels.”

Mohammad was a blood-thirsty warrior who conquered cities which certainly does not agree the teachings of Jesus Christ. Moreover, there is little assurance of paradise unless a Muslim kills himself and others in the name of Allah.

Christians however, are guaranteed eternal life by trusting in Jesus Christ as Lord (Rom. 10:9-10) and, being saved by God’s grace through faith (Eph. 2:8-10), we are given the Holy Spirit in our hearts as a pledge of our inheritance (2 Cor. 1:22).

“Islam has always been part of America; Generations of Muslim-Americans helped build our nation.”

I don’t seem to recall Muslim founders, patriots, or Muslim pilgrims being mentioned in history books and text books at school when I was growing up, do you?

“Recently, we’ve heard inexcusable political rhetoric against Muslim Americans that has no place in our country.”

Apparently this was a shot at Donald Trump and those who support border security and the vetting of refugees. Defending terrorists once again, he said, “we can’t suggest that Islam itself is at the root of the problem. That betrays our values.” Sin is the root of man’s problems, but whose values is he referring to specifically?

We do know Obama values abortion, socialism, the U.N., the LGBT agenda, and many other anti-Christian views as demonstrated by his words and policies. Before he was elected president, when asked in an interview about the meaning of “sin” Obama stated sin is “being out of alignment with my values.” In the same interview he said he doesn’t know what happens after we die and claimed Jesus was merely a historical figure. Christians believe Jesus Christ is Lord and God.

The president preached religious freedom – for Muslims, saying it must be upheld, but why doesn’t he defend Christian bakers, florists, photographers, charities, bed and breakfast owners, etc. when they are fined or have their businesses shut down due to their sincere religious beliefs? Do we also need to mention how the Obama Justice Department came down on Hobby Lobby, Little Sisters of the Poor, and others?

Meanwhile, back at the mosque:

“We have to reaffirm that most fundamental of truths—we are all God’s children, all born equal with inherent dignity.”

Having dignity is one thing, but according to the Bible, we are not all children of God. In fact, Jesus once said those who were trying to kill him were of their father, the devil (John 8:44). It is true we were created in the image of God, but until a person is born of the Spirit of God, he or she cannot become an adopted child of God. (1 John 4:1-6) Muslims do not accept the authority and deity of Christ.

“Our television shows should have some Muslim characters that aren’t related to national security.”

He also affirmed there are now more black people on TV so I’m not even sure what to say here. The president added,

“In Muslim communities…this is a time of concern and frankly, a time of some fear… As Muslim Americans…your entire community so often is targeted or blamed for the violent acts of the very few.”

If this is true, then why is it no one seems to be afraid of offending Christians but many people fear offending Muslims? He’d rather lecture us on alleged bigotry against Muslims but can’t bring himself to utter a word about the genocide of Christians in the Middle East.

The president also insisted we make sure that hate crimes are punished and the civil rights of all Americans are upheld. (Some now consider it “hate” to say Jesus is the only way to the Father or homosexuality is a sin.)

I like what Fox News commentator, Todd Starnes, said:

Did Obama call on Muslims to embrace LGBT rights — like he does when he speaks to Christian gatherings? I wonder if Obama’s speech writer got his facts from the Common Core lessons on Islam?

One of the more surprising claims Obama made was, “Islam has a tradition of respect for other faiths.” Um, really? This had to be off prompter. Have proponents of Islam traditionally shown respect for the Jewish and Christian faiths as well as others they consider “infidels”? You don’t have to answer that.

Perhaps he thinks Christian persecution does not exist. With tens of thousands of Christians worldwide being chased out of their homes and villages, many of them being killed as churches are destroyed, Obama warned against anti-Muslim bigotry? The fact is Jews are four times more likely than Muslims to be victims of a hate crime.

“As Muslim communities stand up for the future you believe in… America will be your partner.”

Not all of America if that future includes shredding the U.S. Constitution, mistreating women, implementing Sharia Law, and dominating our culture, government, education system, and media.

Finally, to Muslims, the president said, “Let your light shine.” How exactly is this translated in terms of the Quran and Muhammad’s teachings?

American citizens might take him more seriously if there were Muslim groups denouncing Islamic terrorism and speaking out on behalf of the victims of violence in the name of Allah. And if Obama supported Christianity the way he does Islam, these speeches wouldn’t fall on as many deaf ears.

It is both disingenuous and doublespeak to divide Americans while preaching “unity.” More often than not, his actions and rhetoric seem to do more damage to our society than good. Of course, some believe this was part of the agenda all along.

David Fiorazo is the author of The Cost of Our Silence

The Man Behind the Mosque

What Difference Does It Make If President Obama Is Not A Christian?

Obama pleads for tolerance in first visit to US mosque

Do Christians and Muslims Worship the Same God?

The Best! Pastors and Patriots: 2020 Podcasts on God & Government 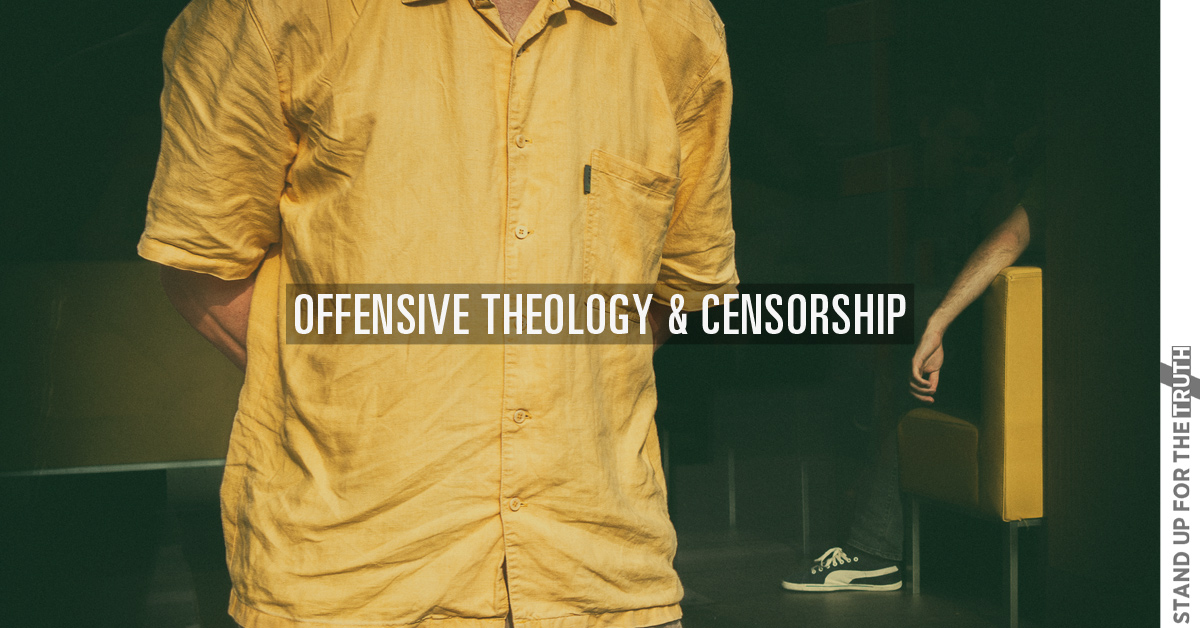