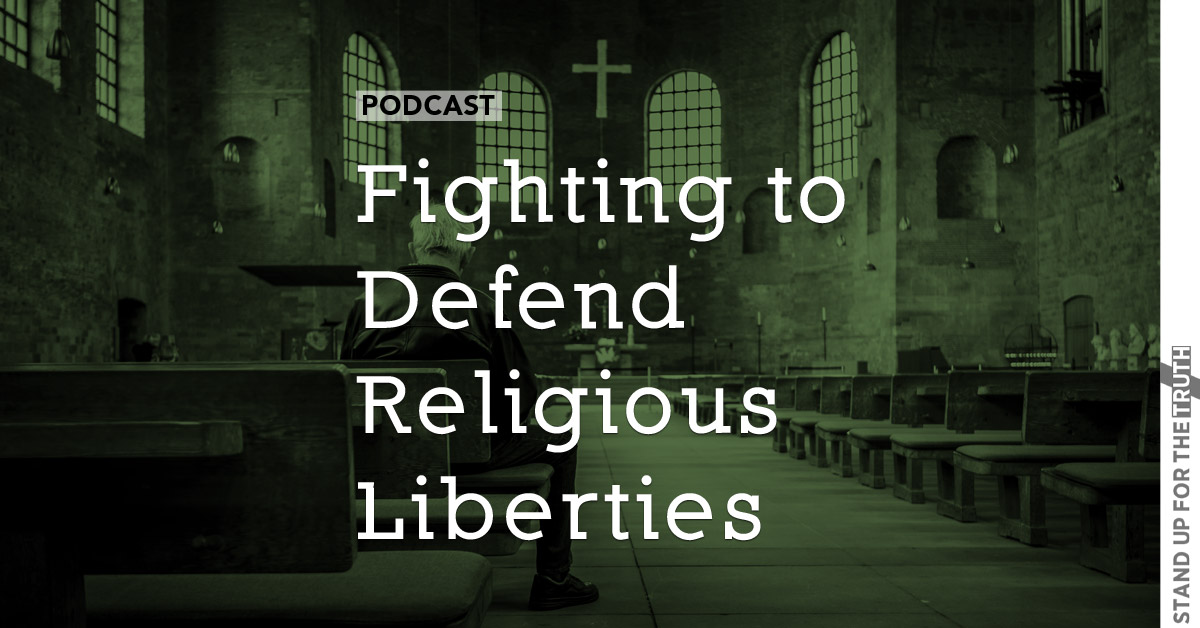 Today on Stand Up for the Truth, we discuss several west coast cases in which religious freedom was threatened. We also look at a few news stories involving political correctness and the promotion of liberal indoctrination at some of America’s universities.

It seems every day there is another news story about an attack on someone’s free speech or freedom of expression which are protected by the Constitution. After decades of Christians generally being silent, are we starting to see more leaders and believers fighting back? We hope this is the case, but we also understand the Left will not relent on their agenda to eradicate Christian influence and biblical morality from America. Brad Dacus has coordinated religious freedom and parental rights cases throughout the Western states. And in 1997, founded the Pacific Justice Institute, where he serves as President and continues to defend religious liberties and parental rights without charge. The Pacific Justice Institute has a network with hundreds of volunteer affiliate attorneys and handles more cases on the West Coast than any other organization of its kind.

Brad can be heard weekly on “The Dacus Report” on radio stations across the country. He has appeared on CBS Evening News, CNN, Dateline NBC, Good Morning America, The Today Show, and many times on Fox News’ The O’Reilly Factor.  Dacus has had a few opportunities to debate the president of the ACLU and also have gone head to head with the president of “Americans United for Separation of Church and State.”

Bill Would Ban State Travel based on Religious Freedom Laws

Questions, Comments, and a Call from Angry Listener

The Allure and Danger of Freemasonry

Is revival even possible?